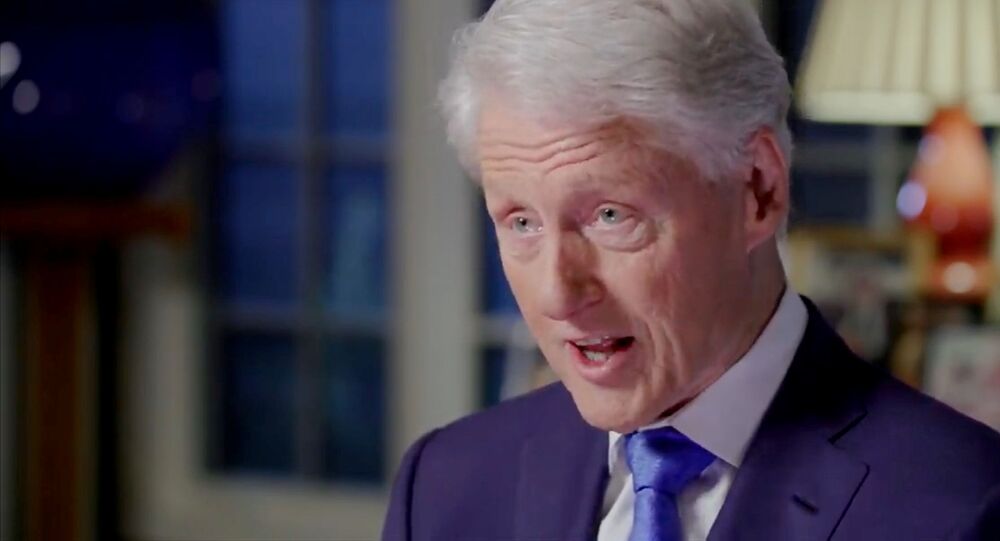 The Sun has quoted a lawsuit filed by one of Jeffrey Epstein's alleged victims as saying that the late convicted paedophile used Bill Clinton's name so as to intimidate the victim before the sexual assault.

According to the newspaper, the lawsuit, which was lodged last year by a woman known only as Jane Doe 15, argued that she was raped by Epstein and that she sat in Clinton's personal seat inside the billionaire financier's private jet, the so-called "Lolita Express".

"When I chose a seat on the jet, Jeffrey told me that is where his good friend Bill Clinton always chose to sit", Jane Doe 15 was cited by The Sun as saying.

The accuser's lawsuit claimed that during the flight to Epstein's compound in New Mexico, he gave the girl a tour of his plane, starting with the bedroom and explaining that "when he slept on the bed, he liked to have women sleep at his feet".

"Epstein's description of the women sleeping around him on the floor made her immediately think of slaves. […] Jane Doe 15 found her interactions with Epstein on the plane strange", the document argued.

The woman reportedly first met Epstein's assistant during a school class trip to New York City in 2004, when she was about 15. Shortly thereafter, she was allegedly shuttled to Epstein's plane with many other girls to his ranch in New Mexico, where the sexual assault took place, according to the lawsuit.

© AP Photo / Bebeto Matthews
'Sure, Bill': Netizens Mock Clinton as He Denies Going to Epstein's 'Pedophile Island'
The Sun report comes as the Daily Mail published a spate of photos showing Bill Clinton getting neck rubs from another alleged Epstein victim, Chauntae Davies. The photos, thought to be taken in 2002, during Clinton's humanitarian trip to Africa, show Davies, then a 22-year-old massage therapist, rubbing down his neck.

Like Jane Doe 15, Davies also earlier claimed that she was raped by Epstein after being recruited by the late billionaire's alleged madam Ghislaine Maxwell who was arrested earlier this summer and is now awaiting trial.

The publication of the photos was preceded by Clinton in late July rejecting allegations that he had been to Epstein's private Caribbean island with two "young girls".

"The story keeps changing, the facts don't. President Clinton has never been to the [Epstein] island", the former US president's spokesperson Angel Urena tweeted at the time.

Epstein was detained in 2008 for sexually abusing minors and was later released under a plea deal, only to be convicted for sex trafficking in July 2019. In August of that year, the financier was found dead in his prison cell in New York City, with officials declaring his death a suicide.

The official cause of his death, however, remains disputed amid numerous conspiracy theories claiming that he was murdered before he could testify against his high-profile friends, including Donald Trump, Bill Clinton, and Prince Andrew.