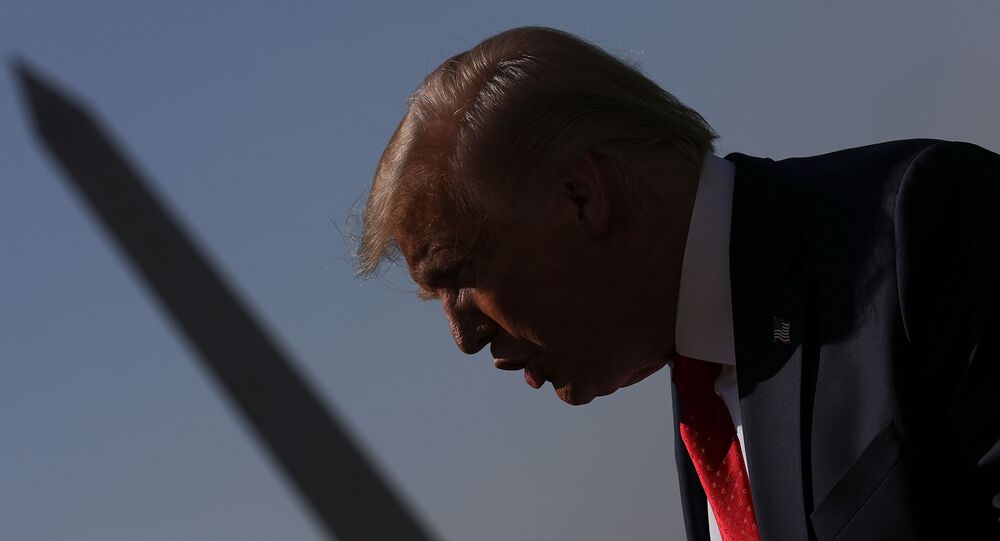 Epstein Showed Off a Teenage Girl to Trump at Mar-a-Lago, Lawsuit Claims

Donald Trump has praised the late sex predator in the past and the two were seen together more than once, though they apparently had a falling out more than a decade ago.

Jeffrey Epstein brought one of his "sex slaves" to the Mar-a-Lago resort to show her off to Donald Trump, a woman claims in a lawsuit filed against Epstein's estate and Ghislaine Maxwell.

As first reported by The Daily Beast, the woman – identified only as Jane Doe – filed the lawsuit in January 2019, accusing Epstein and Maxwell of sex abuse and trafficking. She claimed Epstein introduced her to Trump in 1995, when she was 14 years old.

"'This is a good one, right?'", Epstein is said to have asked the future president, who "allegedly smiled and nodded before sharing a chuckle with the depraved hedge funder".

The lawsuit does not implicate Trump in any sexual misconduct, though it does raise questions about the extent of the president's relationship with the late sex offender.

Donald Trump, who was photographed with Epstein and Maxwell in the past, publicly disavowed the New York financier a day after his arrest on 11 July 2019. Epstein was found dead in his prison cell a month later.

His long-time confidant and alleged "madam", Ghislaine Maxwell, was arrested last month on charges of sex trafficking and perjury. She pleaded not guilty and is being held in a Brooklyn jail. The trial is scheduled for July 2021.

Trump praised Epstein in a 2002 interview with New York Magazine, calling him a "terrific guy".

"I've known Jeff for 15 years", he said at the time. "He's a lot of fun to be with. It is even said that he likes beautiful women as much as I do, and many of them are on the younger side".

However, according to a new book titled The Grifter's Club, Trump kicked Epstein out of his Mar-a-Lago club in 2007 for hitting on a member's teenage daughter.

The book claims that Epstein had been a dues-paying member of the lush Florida resort before his banishment. The Trump Organisation admitted that the financier had spent time at the club but denied that he ever had a membership.

Clinton has acknowledged travelling on Epstein's private jet, dubbed "The Lolita Express", but denied ever setting foot on the island.