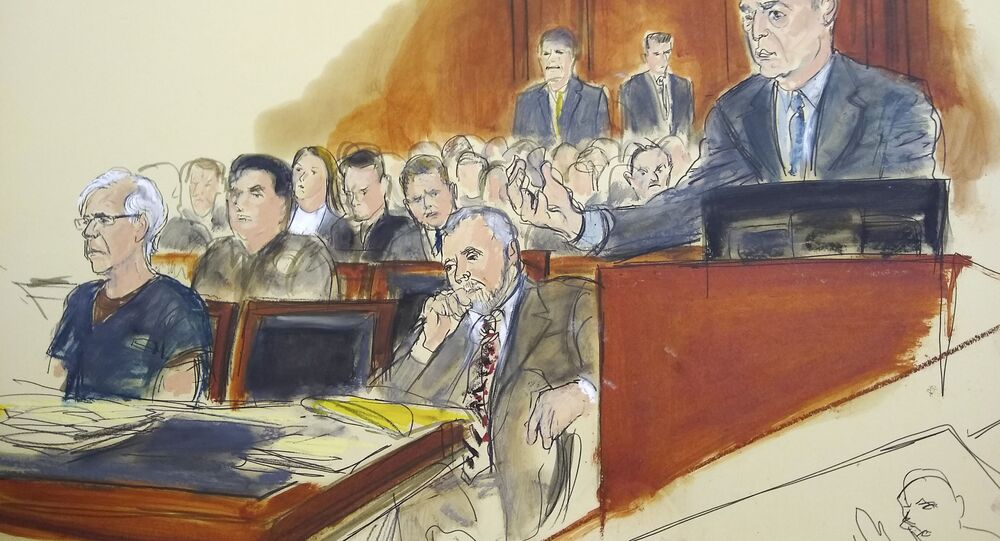 Former girlfriend of Jeffrey Epstein and his alleged accomplice, Ghislaine Maxwell, was arrested on Thursday accused of helping the deceased financier to groom and sexually abuse under-age girls. Maxwell denies the allegations.

A new group of Jeffrey Epstein’s accusers have contacted a lawyer for the financier’s victims, Gloria Allred, in recent days, following the arrest of his close associate Ghislaine Maxwell, according to the attorney’s comments to BBC Radio 4’s Today show. Allred, who currently represents 16 of Epstein’s accusers, also revealed to the media that some of the new “victims” come from the UK.

“I now have more people, more victims contacting me who’ve never come forward to anybody, except me and maybe they told one relative what happened to them”, the lawyer said.

“I do represent some people in Europe, and the UK as well, who have reached out, and they would like to see compensation”, Allred explained. “Anyone in any country can apply for this claims process which was just opened a week ago”.

According to the lawyer, following Jeffrey Epstein’s death in his prison cell last year, it is his “estate” that should now pay to “these victims for the harm that they suffered”.

“His estate should have to compensate these people because it's a form of justice, a form of accountability”, Allred insisted during the programme.

The development follows the arrest of Ghislaine Maxwell on Thursday. She is currently facing charges over the alleged recruitment and grooming of minors for sexual abuse by her deceased friend Jeffrey Epstein. She is also accused of participating in the sexual abuse of underage girls, as well as committing perjury during her previous testimonies. Maxwell is now expected to appear in court this week but so far the British socialite has denied all the charges brought against her.

According to recent reports, Maxwell could be offered a plea deal, which could encourage her to speak “truthfully” about other influential figures associated with Epstein, including British royal Prince Andrew.

© AP Photo / Chris Ison
Maxwell 'Acted Like Older Sister' to Groom Teenage Girl for 'Godfather' Epstein, Court Files Say
Allred insisted that Maxwell would then need to tell the court about what she “saw” the Queen’s son do or what she “observed or knew he did, when they were together, in reference to Jeffrey Epstein”. Prince Andrew is currently facing accusations from Jeffrey Epstein’s alleged sex slave Virginia Roberts Giuffre, who said that she was forced to have sex with the royal three times, allegations that were denied by Prince Andrew.
...
Reddit
Google+
Blogger
Pinterest
StumbleUpon
Telegram
WhatsApp
130
Tags:
Virginia Roberts Giuffre, United Kingdom, US, Prince Andrew, Ghislaine Maxwell, Jeffrey Epstein
Community standardsDiscussion