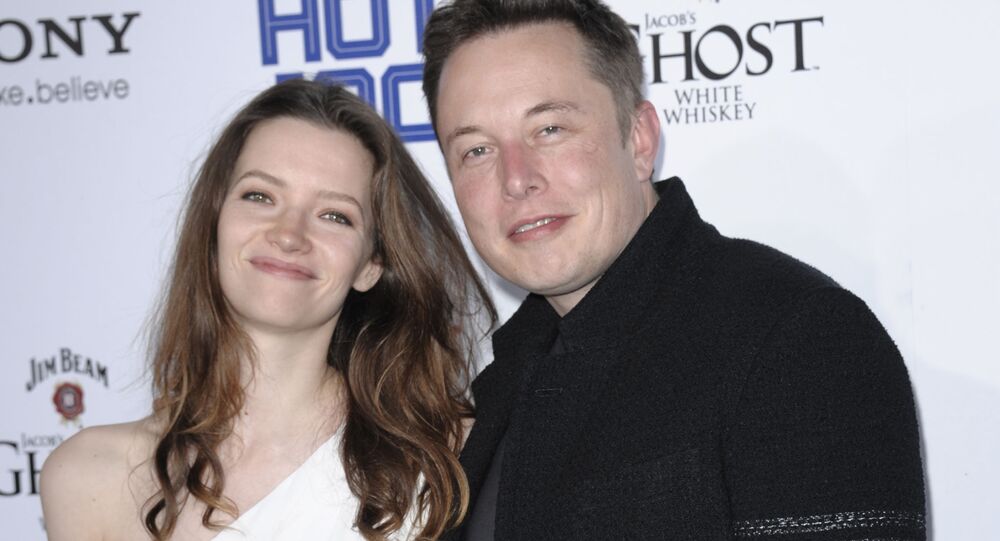 The claims have been gathering momentum online after an old picture resurfaced of Elon Musk posing beside Jeffrey Epstein’s suspected accomplice, Ghislaine Maxwell, at a Vanity Fair party.

British actress and Tesla founder Elon Musk’s ex-wife Talulah Riley has busted bizarre rumours that she was procured as a "child bride" for her ex-husband, by Jeffrey Epstein's “madame” Ghislaine Maxwell, tweeting:

"To my knowledge, I have never met Ghislaine Maxwell," Riley said in a statement she issued over the weekend after a photograph of the tech entrepreneur standing next to the socialite at a Vanity Fair party resurfaced and started to make the rounds on social media.

For a billionaire who called some random guy a pedophile and won against the following defamation suit, Elon Musk seems a little upset about a photo of himself standing next to known underage sex trafficker/Jeffrey Epstein associate Ghislaine Maxwell. pic.twitter.com/QssUpOfeKo

“Elon and I met when I was 22 and he was on a business trip to London. It was a chance meeting, engineered by no one," the actress wrote.

The now viral picture that sparked rumours was taken at a 2014 Oscars after-party organised by Vanity Fair, where Riley admitted she was present. "It is possible I was briefly introduced to her, but not in any way that I can remember,” she recalled.

© REUTERS / Lucas Jackson
Ghislaine Maxwell’s Lawyers Seek to Get Her Out of Jail on Bail Amid Plea Deal Talks, Report Says

The photo of Elon Musk standing by Ghislaine Maxwell’s side was first brought to light in 2019, and a spokesperson for Elon Musk told Business Insider at the time that Maxwell "simply inserted herself behind him in a photo he was posing for without his knowledge.” Musk himself issued a similar comment after the image resurfaced, saying on Thursday that the British socialite "photobombed" him.

Both Riley and Musk have recounted over the past year how they had briefly been to Epstein’s Big Apple penthouse, as part of  "an itinerary of appointments,” as Riley put it.

This is how Musk described their visit to Epstein’s to Vanity Fair in July last year:

"I was at his house in Manhattan for about 30 minutes in the middle of the afternoon with Talulah, as she was curious about meeting this strange person for a novel she was writing. We did not see anything inappropriate at all, apart from weird art. He tried repeatedly to get me to visit his island. I declined."

More than 20 armed agents and police are reported to have taken part in an early-morning operation on Thursday that led to Epstein's alleged “pimp” Maxwell being handcuffed at her 156-acre New Hampshire property, which is called Tucked Away, and taken into custody.

An indictment said Maxwell facilitated Epstein’s rimes by “helping Epstein to recruit, groom, and ultimately abuse” girls as young as 14. It is also claimed that she participated in the sexual abuse herself, which could see her face up to 35 years behind bars.