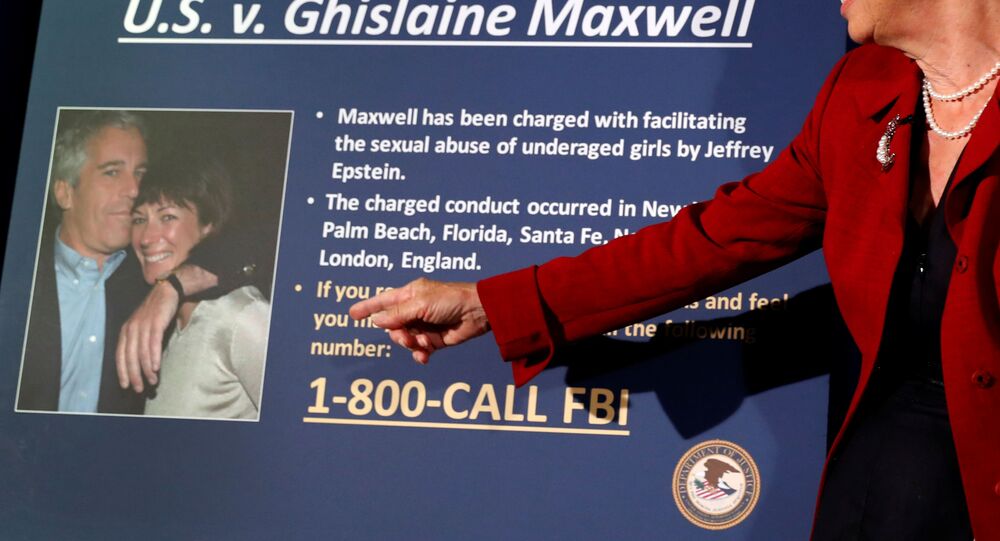 Ghislaine Maxwell’s Lawyers Seek to Get Her Out of Jail on Bail Amid Plea Deal Talks, Report Says

Ghislaine Maxwell, who is charged with grooming minors for sexual abuse by the disgraced financier Jeffrey Epstein due to the accounts of at least three accusers, is set to appear in a New York court of law next week.

Lawyers for Jeffrey Epstein's “madam” Ghislaine Maxwell are bidding to get her bail, as claims have emerged that she will be offered a plea deal, which could potentially be struck if she offers evidence leading to the conviction of “bigger fish,” the Sun reported, citing sources.

“She has no record and there is no reason to think she’d flee,” an insider was cited as saying, as the judge is understood to be under pressure to keep Maxwell in custody amid the general outcry over the Epstein scandal and concerns she would not be held accountable.

Maxwell is currently said to be on suicide watch at a New Hampshire jail, not far from the place where she was busted late last week, as Attorney General William Barr is said to have called prosecutors to warn “no harm must come” to the suspect. However, she may reportedly be detained in Brooklyn later, before facing a New York court this week. US prosecutors have asked a Big Apple judge to schedule a court appearance on Friday for Epstein’s suspected accomplice.

An indictment made public last week said Maxwell facilitated Epstein’s crimes by “helping Epstein to recruit, groom, and ultimately abuse” girls as young as 14. It also said she participated in the sexual abuse herself. She faced six different charges including two counts of committing perjury in court during previous appearances there, which could ultimately put her behind bars for up to 35 years. The charges stem from the testimony of three alleged Epstein victims, who came forward after the financier’s arrest and subsequent death in summer 2019.

More than 20 armed agents and police are reported to have taken part in the early-morning operation on Thursday that led to Epstein's “pimp” Maxwell being handcuffed at her 156-acre New Hampshire property, which is called Tucked Away, and taken into custody.

Her arrest drew a line under almost a year of speculation over her whereabouts following the death of the convicted paedophile Epstein, Maxwell's long-time friend and ex-partner, in a New York prison cell last summer, formally ruled to be suicide. Some reports had suggested she was in Los Angeles, while others indicated that she had moved to Paris.