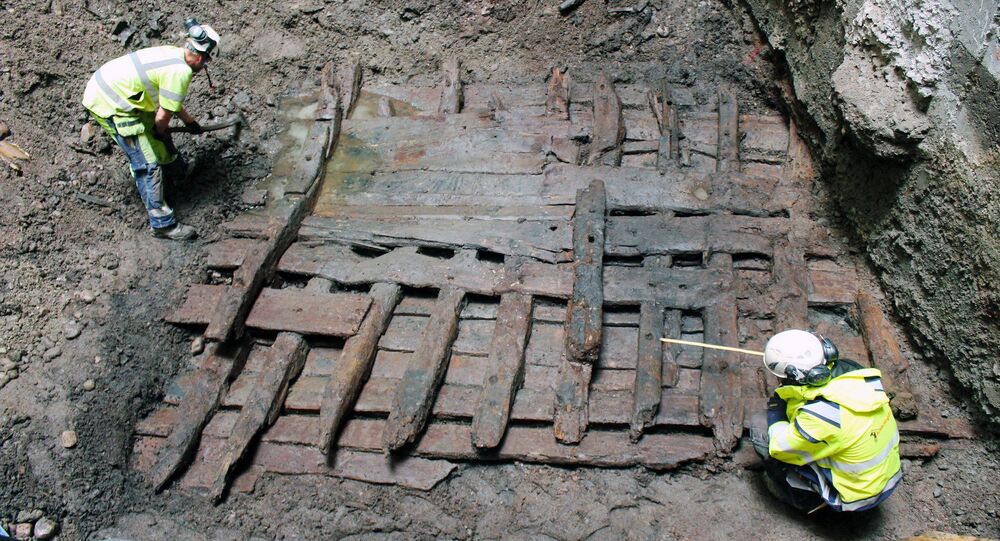 The find has been described as an important link between older and newer methods of shipbuilding, as well as a crossover between a transport ship and a warship.

A shipwreck from the late 16th century discovered in a Stockholm yard has turned out to be a naval cargo vessel capable of bearing up to 20 guns.

The large 30-metre shipwreck was first discovered during the summer by Arkeologikonsult, Sweden's oldest archaeological company. Based on the analysis of the annual rings in the timer, it was dated back to the 1590s, immediately after the Spanish Armada failed to conquer England. Based on the provenance and dates of the timber as well as the size and construction of the ship, it was concluded that it is one of the crown's ships built in Hälsingland. The Samson is the only known alternative.

Large swaths of Stockholm were underwater long into the modern era and were not drained until the middle of the 18th century. The ship was likely abandoned on the shore, only to be filled with debris and garbage from the local area.

“We have found everything from coins and pipes to ceramics and glass, but also a small ball of clay, possibly dropped by a child who played in the wreck during the early 1600s,” archaeologist Philip Tonemar said in a statement.

A 3D image of the vessel was completed by the Swedish National Maritime and Transports Museum (SMTM).

“The ship is a unique example of a hybrid ship during a break between the older shipbuilding art and the new one that would emerge shortly after the Samson. Details show that they were inspired by larger warships such as the Mars and the Elefanten (“Elephant”), but we have never seen this on wrecks found here in Stockholm. It is also a link between the bigger warships and vessels that we are not very familiar with. Really exciting find”, marine archaeologist Jim Hansson from VRAK, the Museum of Wrecks, said.

The ship was built out of pine and had a total length of over 30 meters. The Samson was commissioned by Duke Karl in 1598 and manufactured by Anders Pedersson in Enånger. However, a pine ship had a rather short life, and the Samson disappeared from the archives after 1607.