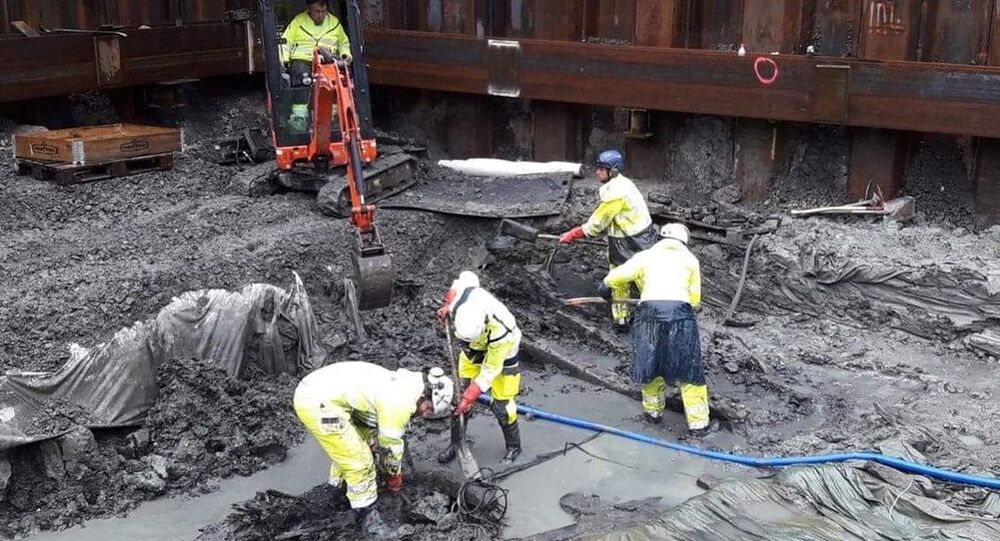 The remains of a house, harbour walls, and three several-hundred-year-old shipwrecks have been found in the Masthamnen District in Gothenburg.

The area has been the subject of archaeological scrutiny since last spring in conjunction with the Swedish Transport Administration's plans to build the so-called West Link, a railway tunnel connecting parts of Gothenburg, national broadcaster SVT reported.

According to the team of archaeologists, the ships were in service during the 17th century and ended up at the bottom of the then-harbour.

“It was great fun finding the boats. The northern part of Masthamnen was initially a natural harbour, but in the 1730s-40s, the port area was shortened, and a wall was erected, perhaps to build warehouses to store different goods. The boats have been preserved in connection with the filling of the site,” archaeologist Carina Bramstång Plura of the National Historical Museum's archaeology team said.

All three sunken ships were made of oak using so-called tile technology and are estimated to be 15-20 metres long. The archaeologists are yet to establish whether the ships were deliberately sunk by drilling holes in the bottom.

“Their size suggests that they were probably cargo boats that transported goods over shorter distances. Now it is interesting to see if we can find the remains of the cargo, for example, between the boards, which in turn can show what exactly was transported,” Carina Bramstång Plura explained.

What today is known as Packhusplatsen Square was once a lively harbour for smaller freight boats commuting to the customs house. Back then, the area was known as Masthamnen (Mast Harbour), where, among other things, timber was stored. The modern name reflects the packing house which then stood at the quay.

“The findings at Masthamnen will contribute to our knowledge of the city history,” Mira Andersson Ovuka of the Swedish Transport Administration said, pledging to minimise the intrusion into the historic site during the construction of the West Link.

The boats will be taken care of by marine archaeologists for a more thorough analysis.