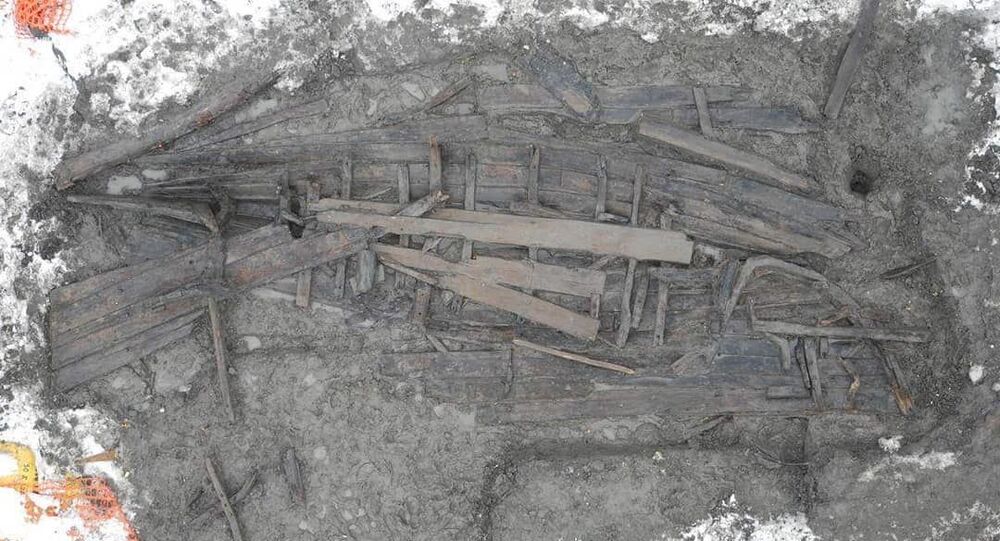 The finds are in fantastic condition, given that they are at least 500 years old, archaeologists say.

Six ships from the Middle Ages have been uncovered in a series of excavations in central Oslo, providing researchers with new knowledge on Norwegian maritime history.

The ships dating from between the 1300s to the 1600s, were unearthed in the modern Bjørvika district situated at the Oslo Fjord in connection with urban development and the construction of a high-speed railway.

“In Norway, this is completely unique. There is no doubt about that”, project manager and archaeologist Elling Utvik Wammer of the Norwegian Maritime Museum told the daily newspaper Aftenposten describing the spate of findings “archaeological adventure”.

The last ship found in Bjørvika is about ten metres long. According to the archaeologists, its wood is in fantastic condition, given that the ship is about 500 years old.

In the last couple of weeks, three new shipwrecks have been revealed from the cultural layers in #Bispevika, in the central part of Oslos oldest harbour area. The total number of boat finds in 2019 is now six. In this blog post we present some preliminary results and interpretations from the ongoing boat excavation (check bio). #bispevikasyd #marinarkeologi #oslohistorie #oslohavn #sketchfab 📸Sjoerd van Riel

According to Wammer, this is most likely a cargo ship, as lumber was 16th-century Norway's main export. Fellow archaeologist Marja-Liisa Grue assumed that it could have also been used to ship stones to nearby Akershus Fortress, one of Oslo's main sights.

The archaeologist crew stressed that the findings will shed more light upon a little-known period in the Norwegian capital's history, namely the Reformation and the great city fire of 1624. At that time, Norway was part of the Dano-Norwegian realm. After the deadly fire, Oslo was renamed Christiania after Christian IV of Denmark.

Since the start of massive urban development in Bjørvika, a total of 40 shipwrecks have been found. According to Wammer, the findings dating back from the Middle Ages and early modern times are “unique in European context”.

​Eventually, some of the shipwrecks will be exhibited at the Norwegian Maritime Museum and 3D models of how the ships looked will also be made.

During the excavations, a number of discoveries were made, including flutes and other instruments, golden rings, a medieval seal and an ink-well of bone decorated with a small star-shaped flower.

Since the 2000s, Bjørvika has undergone vigorous re-development, being transformed from a container port to Oslo's new cultural and urban centre. Up to 5,000 homes and commercial buildings with room for 20,000 employees will be built.