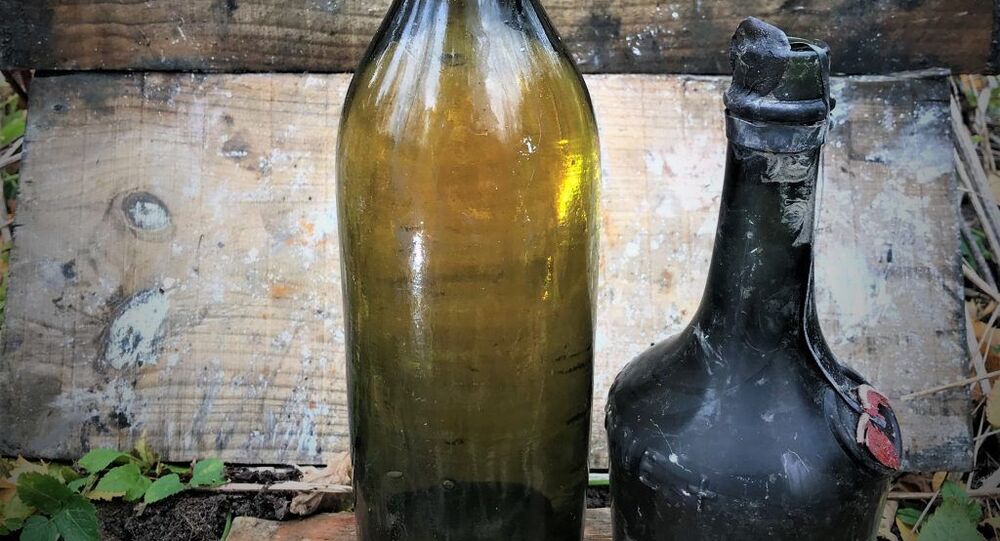 If auctioned off, the 900 bottles of elite century-old alcohol with a dramatic story may fetch a mind-boggling $6 million.

Dozens of crates containing historic brandy and liqueur worth tens of millions of kronor have been salvaged from a shipwreck in the Åland Sea.

On 19 May 1917, at the height of World War One, Swedish steamer S/S Kyros set its course for Petrograd, which Saint Petersburg was called at that time, with 50 cases of cognac and 15 cases of liqueur from France to Russia through neutral Swedish territory. The goods are believed to have been intended for the circle of Russia's last tsar, Nicholas II, and were expected to be delivered in 1916.

However, off the Baltic island of Åland in today's Finland, it was sunk by the German submarine UC-58, as alcohol was considered illicit trafficking at that time. While the crew was picked up by another ship and managed to return home unscathed, the spirits were left at the bottom of the sea. Since the wreck is located in international waters in the Finnish economic zone, anyone has the right to salvage the cargo.

While the shipwreck was discovered some 20 years ago, a successful salvaging operation by Ocean X Sweden and Icelandic Ocean Research on board a research vessel called Deepsea Worker only happened recently. One of the reasons is that over the years, the site and the wreck itself were flattened by fishing trawls and became a risk for divers.

Owing to Deepsea Worker's special robots, however, no fewer than 600 bottles of brandy (50 boxes of twelve bottles each) and 300 bottles of liqueur (15 boxes of 20 bottles), were retrieved.

The last shipment of rare liquors for Tzar Nicholas II’s Russia, is now recovered! A search and salvage project that started 20 years ago is now completed. It was on the 22nd October the salvage vessel “Deepsea Worker”, arrived in Sweden with a shipload of more than 100-year old cognac and liqueur, brought up from the Swedish steamer “s/s Kyros”! Ocean X Team and iXplorer cooperated with the special equipped salvage vessel “Deepsea Worker” to be able to salvage the bottles of “De Haartman & Co”-cognac and “Benedictine”-liqueur (now days owned by Bacardi) from 77 meters depth between Sweden and Finland at international waters. It was 50 cases of cognac and 15 cases of liqueur that were supposed to be delivered from France to St Petersburg (former Petrograd), Russia, through neutral Sweden already in December 1916. Due to a heavy ice situation in the Sea of Bothnia (the sea between Sweden and Finland) the transport were delayed till May 1917. “s/s Kyros” met its dramatic fate though when being stopped and controlled by the German submarine “UC58”. The captain of the submarine decided to sink “s/s Kyros” because that parts of the cargo were considered as contraband by the Germans. “S/s Kyros” crew were transferred to a nearby ship and later they all returned safe to Sweden. The wreck of “s/s Kyros” has during the years been heavily damaged by fishing trawls and trawl boards. Several times since the first discovery back in 1999 has the wreck been cleared from nets to make it possible for divers and unmanned underwater vehicles (ROV’s) to access the wreck. The importance of this event cannot be overemphasized – it’s not only a find of rare cognac and liqueur but also a part of history of the former imperial Russia. #oceanx #oceanxteam #congac #brandy #bacardi #benedictine #liqueur #france #1917 #kyros #russia #ocean #diving #finland #navy #spirits #vintage #vin #balticsea

The well-corked bottles are intact, bar the labels. The brandy is by De Haartman & Co, a company that no longer exists. The liqueur is classic Bénédictine, a brand currently sold by Bacardi.

“We have sent individual bottles for analysis in Sweden and Moscow. The rest is stored in a dark, damp and cool place in a secret place”, diver Peter Lindberg told the Swedish newspaper Dagens Industri.

The find may fetch up to SEK 60 million ($6.3 million). To maximise the profit, the batch will likely be partitioned and sold piece by piece.

Peter Lindberg is famous for having previously salvaged about 2,200 champagne bottles from the the cargo ship Jönköping, which sank in 1916.