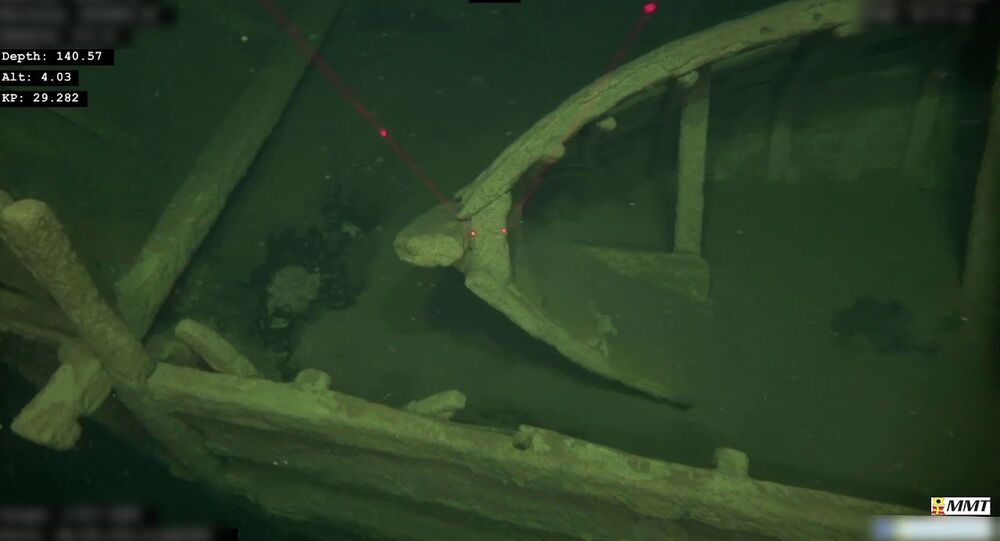 The uniquely well-preserved find dating back to the Renaissance, the time of Christopher Columbus and Leonardo da Vinci, has been described by archaeologists as “a game changer”.

An almost intact ship in an astonishing state of preservation has been found on the muddy floor of the Baltic Sea, where she has lain undisturbed for hundreds of years.

Based on its state, deep-sea archaeologists have dated the ship back to the Early Modern Period (the late 15th or early 16th century), also known as the Age of Discovery, or the Renaissance.

“It's almost like it sank yesterday, masts in place and hull intact”, maritime archaeologist Rodrigo Pacheco-Ruiz of the marine survey company MMT said in a statement. “Still on the main deck is an incredibly rare find, the tender boat, used to ferry crew to and from the ship, leaning against the main mast. It's a truly astonishing sight”.

Amazingly, the hull, the bowsprit, and parts of the decorative transom masts and some of the rigging remained intact as well, which the researchers ascribed to the cool, slightly salty and generally inhospitable waters of the Baltic Sea.

The precise origin of the ship is yet unknown. Since it stems from a time when naming ships was still uncommon, for the time being it has been labelled Okänt Skepp, “Unknown Ship” in Swedish. She's around 16-18 metres (up to 60 feet) in length, only slightly little smaller than Christopher Columbus's flagship, the 19-metre Santa Maria.

The shipwreck was first discovered on the floor of the Baltic Sea by the Swedish Maritime Administration in 2009, when the first hints that there was something on the seabed appeared on a sonar scan. However, it wasn't until a decade later that the full significance of the wreck was actually revealed – entirely by accident. MMT was employed to survey the seabed ahead of laying a natural gas pipeline. Now, thanks to work carried out by MMT together with archaeologists at the University of Southampton in the UK, Deep Sea Productions and the Maritime Archaeology Research Institute of Södertörn University (MARIS), a detailed high-resolution 3D model of the ship has been created in ethereal green.

A pristine Renaissance shipwreck, practically frozen in time, discovered beneath the Baltic Sea by @sotonarch researchers 🌊

​To study the ship in greater detail, scientists deployed remotely operated vehicles (ROVs) from the deck of the Stril Explorer.

The Okänt Skepp is of great historical significance, as it is both older and more intact than other sunken ships in the Baltic (such as the Mars that sunk in the First Battle of Öland in 1564, or the Vasa, which sank on her maiden voyage in 1628 and is now on display in Stockholm).

Pacheco-Ruiz described the vessel as “the oldest shipwreck in the Baltic” and a “game changer”, stressing that never before has a ship with masts and anchors been researched in the area. Older ships, he informed, are mostly timbers or metal.

The biggest question to answer remains why she sank at all, as there is no damage that would clearly indicate a cause. This, however, will demand further research.