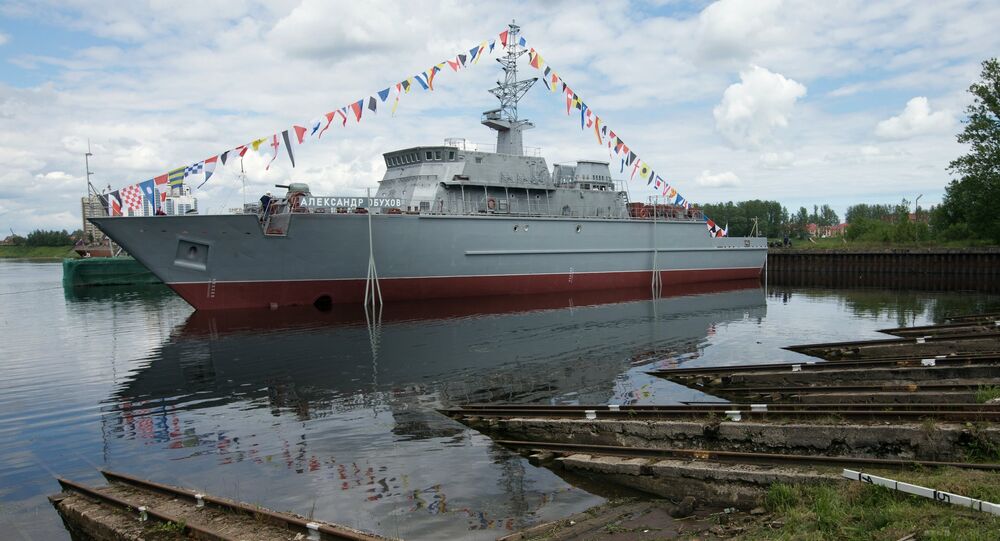 The new-generation Russian minesweeper Alexander Obukhov, which has the largest solid-cast fiberglass hull in the world, was on a regular training mission when it spotted a big unidentified object lying on the seafloor 60 metres underwater near the Kaliningrad region.

The minesweeper Alexander Obukhov of Russia’s Baltic Fleet has discovered what is thought to be a submarine from the Second World War on the seabed, head of its Western Command’s press office Roman Martov revealed. According to the Navy captain, the crew was on a planned training mission searching for drill mines when it pinpointed a larger object.

The Russian Navy investigated the nearby waters, discovering it lying on the seabed 60 metres below the surface, near the coast of Russia’s exclave Kaliningrad region. The staffers studied the object with the newly-developed hull-mounted sonar Alexandrit and a remotely operated vehicle, concluding that it is highly possible that the discovered object is a sunken submarine that traversed the Baltic Sea during World War II. However, as Martov pointed out, the low visibility in the area and old fishing nets, covering the deck have interfered with the identification. The Russian Navy is now planning to investigate the object further, but this depends on the weather in the area.

Martov explained that the crew is regularly tasked with missions to search for and destroy explosive objects that remain in the region, where numerous battles took place between 1941 and 1945.

The new mine-sweeper Alexander Obukhov, which has the world’s largest solid-cast fiberglass hull, is the first ship with such characteristics to be built in Russia. The unique material makes the ship itself lighter without impacting its other structural characteristics.