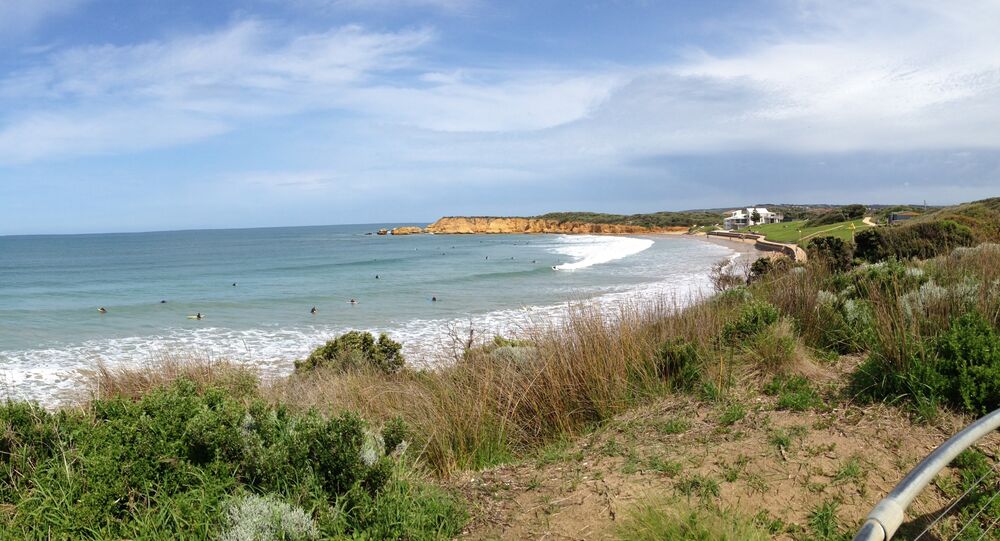 One Australian family is around $35,000 wealthier after stumbling upon a palm-sized gold nugget while out for an early morning walk on Mother’s Day.

A father, who wishes to remain anonymous, his two girls and their aptly named family dog Lucky won big this past weekend after finding a 20-ounce gold nugget expected to be valued at more than $35,000.

While Lucky may have been the charm needed for the find, it was actually one of the daughters who was the first to point out the treasure during their stroll in Bendigo.

‘‘I actually walked right past it, but my daughter pretty much kicked it as she was walking. She then goes — 'Dad, is this gold?'. I said, 'I think it might be,''' the father told local outlet Bendigo Advertiser.

After striking — or, well, kicking — gold, the family initially tried to find a scale, but ultimately ended up taking their precious find to an IGA supermarket to determine its mass.

‘‘They weren't too happy that we were weighing it at the deli there,'' noted the dad.

After the family informed mom of their Mother's Day treasure, the parents reached out to gold experts and received word that the nugget could be worth at least $35,000, and even more if sold as a whole rather than in pieces.

The father tells the Bendigo Advertiser that he would hold onto the gold lump in a perfect world, but his family's recent financial hardships would be lessened with a sale.

‘‘We've come on some tough times, so it's really good because we've been struggling financially. It couldn't be better timing, really," he confessed.

Since the uncommon discovery, the father, who says he has experience in prospecting, has returned to the site in search of more gold because "usually when you find a nugget that big, there will be more gold around."

The family has yet to reveal if they have found a buyer.

Though the family has yet to recreate their luck (even with Lucky's presence), this is not the first time an Australian has struck riches in recent months. In September 2018, Sputnik reported that a retired prospector in West Australia's Northern Goldfields found a massive, 2.11-kilogram gold nugget dubbed the the "Duck's Foot," which was estimated to be worth around $110,000.