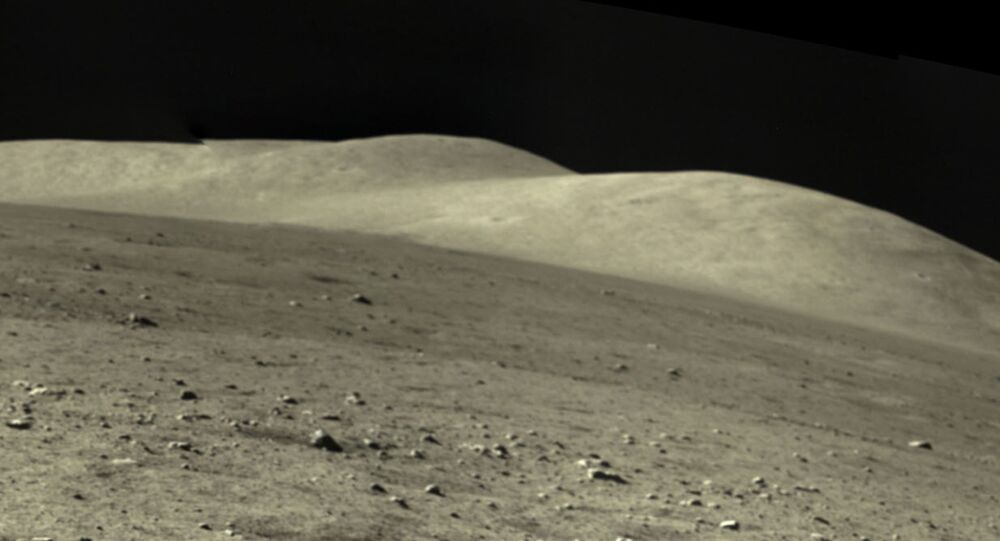 The Chang’e-5 spacecraft has accomplished a number of firsts for Beijing, including the first extraterrestrial takeoff and first independent placement of a Chinese flag on an extraterrestrial body. When its samples return to Earth, they’ll be the first brought back from the moon in 44 years.

China’s Chang’e-5 lunar probe has finished its primary mission of collecting moon samples and the sampling capsule is on its way back to Earth. While the ancient rocks and dust won’t arrive for two weeks, stunning photos from the lunar surface have already been received.

The China National Space Administration (CNSA) announced on Thursday evening that its Chang’e-5 lunar lander had completed its soil sampling and launched the samples in a capsule into lunar orbit for a separate orbiter spacecraft to retrieve and return to Earth for analysis.

In addition to its samples, the spacecraft has also sent back stunning photos of the barren lunar landscape, as well as of the rover hard at work and even of the sampling capsule blasting off.

The lander touched down on the lunar surface just two days ago on a spot north of Mons Rümker in Oceanus Procellarum, on the northwestern corner of the side of the moon that always faces the Earth. The location was chosen because its volcanic plain is relatively young compared to past sampling sites, at 1.2 billion years old.

As Sputnik reported, Chang’e-5 has no internal heating devices, so CNSA scientists have had to work quickly to complete their work before the landing site passes out of the sun’s light later this month. CNSA noted the lander has tolerated temperatures in excess of 100 degrees Celsius - enough to make water boil here on Earth.

To take its 2 kilograms of samples, the probe used regolith penetrating radar to select a spot, then deployed unique drills to penetrate the surface and collect the sample. Other items on the surface were collected using a robotic grabber arm.

The Chang’e-5 mission began with a blast-off from Wenchang Spacecraft Launch Center on Hainan Island on November 23, and the lander made a soft touch-down on the moon’s surface on December 1.

If all goes well, the samples will return to Earth around December 16 or 17, landing somewhere in China’s Inner Mongolia region. The samples will be the first from the moon’s surface since the Soviet Union’s Luna 24 brought back samples in 1976, in which Soviet scientists subsequently confirmed there to be water on the moon - several decades before American scientists at NASA re-verified its presence earlier this year.

However, Chang’e-5 isn’t alone on the moon: two other Chinese landers are also there. The Chang’e-3 rover, which landed in 2013, was China’s first to touch the lunar surface and its battery died after nearly three years of operation. However, Chang’e-4, which plopped down on the far side of the moon in January 2019 - another first for both China and humanity - is still in operation.

In the future, more Chinese probes will arrive on the moon, including planned missions to the lunar poles and one day manned missions.