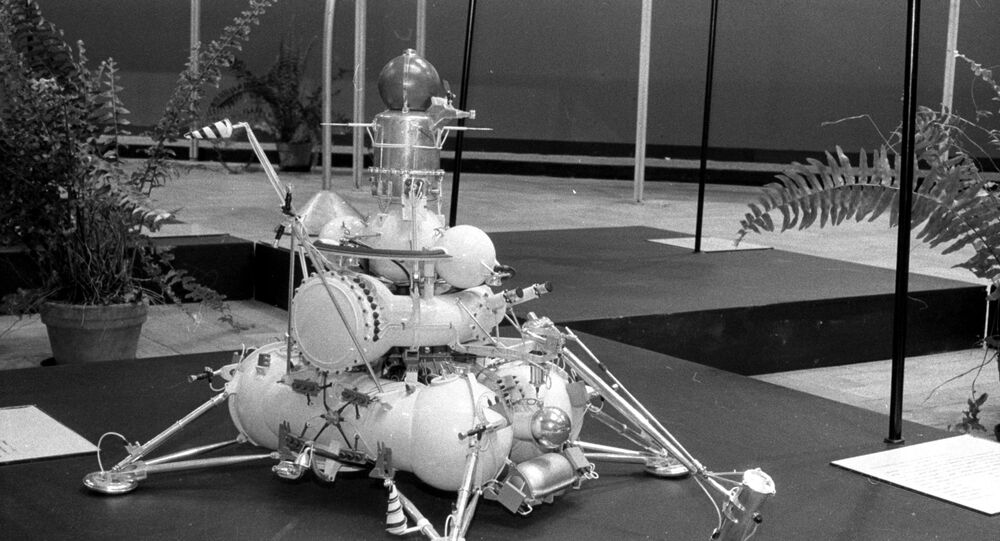 On Monday, the US space agency NASA announced its scientists had “for the first time” discovered water on the sunlit surface of the moon. However, the Soviet Union’s Luna 24 probe made the discovery in 1976 - a find totally ignored by Western scientists.

According to NASA, scientists at the Stratospheric Observatory for Infrared Astronomy (SOFIA) detected water molecules (H2O) in Clavius Crater, on the moon’s southern hemisphere. The report notes the concentration to be roughly 100 to 412 parts per million, or the equivalent of a 12-ounce water bottle in a cubic meter of soil. That’s 100 times less moisture than can be found in the Sahara Desert.

“We had indications that H2O – the familiar water we know – might be present on the sunlit side of the Moon,” Paul Hertz, director of the Astrophysics Division in the Science Mission Directorate at NASA Headquarters, said in the news release. “Now we know it is there. This discovery challenges our understanding of the lunar surface and raises intriguing questions about resources relevant for deep space exploration.”

However, if NASA scientists had read a bit more work from their Soviet colleagues, they might have realized that the Soviet Union’s Luna 24 probe made this discovery in 1976. The Union of Soviet Socialist Republics (USSR) dispatched dozens of probes to various objects in outer space, including the moon and Venus, making major contributions to humanity’s knowledge of the solar system. However, their work was often ill-read by Western scientists.

One paper published in 1978 in Geokhimiia (Geochemistry), the monthly scientific journal of the Academy of Sciences of the USSR, pretty definitively declared it had discovered water on the lunar surface in the Mare Crisium crater. While it’s titled “Possible Water in Luna 24 Regolith from the Sea of Crises” in the English edition of the publication, the article by M.V. Akhmanova, B.V. Dementyev & M.N. Markov makes definitive claims about having discovered water.

According to Arlin Crotts, who was an astronomy professor at Columbia University until his death in 2015, the trio tested soil samples brought from the moon back to Earth by the Luna 24 probe. That probe had drilled two meters down into Mare Crisium and extracted 170 grams of lunar soil. By using infrared absorption spectroscopy, they proved the lunar soil was composed of roughly 0.1% water by mass, with more water appearing further below the surface you went.

The Soviet scientists went to great lengths to protect their samples from contamination once they returned to Earth - far more than the United States’ Apollo astronauts - but nonetheless, the Soviet trio “were not willing to stake their reputations on an absolute statement that terrestrial contamination was completely avoided,” though they noted they took “every possible precaution” to protect it, Crotts wrote in 2012.

Despite this, according to Crotts, by 2012 their work had not been cited a single time. In NASA’s news release on Monday, the US government space agency makes clear that when they refer to previous “indications” water might be present on the sunlit side of the moon, they are referring to US efforts in the 1990s, such as the 1994 Clementine spacecraft and 1998 Lunar Prospector orbiter, not to any Soviet finding.

NASA to Announce 'Exciting New Discovery' About Moon Next Week