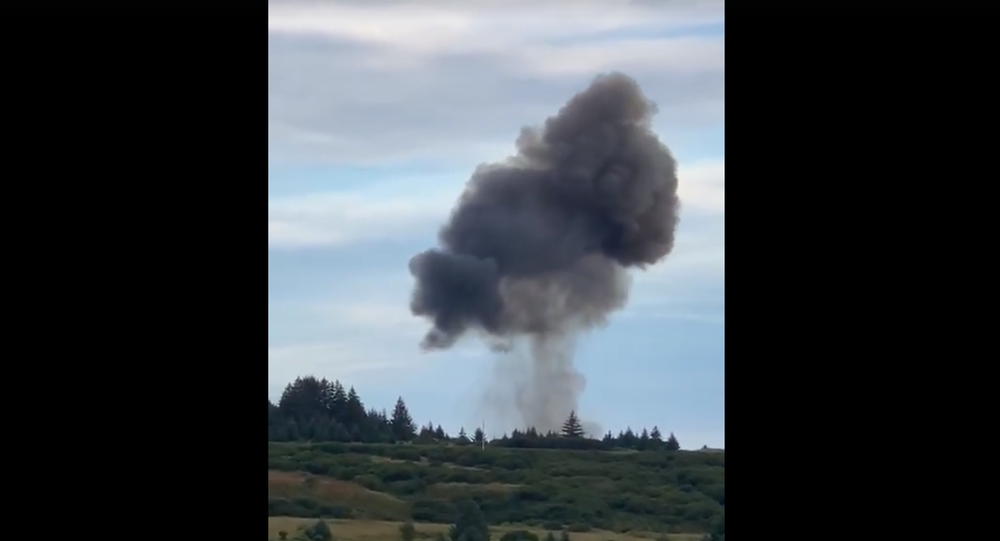 Founded in 2016, Astra is an space launch service based in Alameda, California. The company's stated goal is to construct smaller and more effective rockets to place satellites into orbit.

Astra's Rocket 3.1 launch in Kodiak, Alaska, was a failure, as the rocket's engines stopped while the craft was still ascending, instead turning over and falling down before striking the ground in a massive explosion.

The failed launch was caught on camera by Mark Van Dongen and son Eric, who, according to Alaska Public, went out to hunt deer and decided to watch the launch, conducted from the Pacific Spaceport Complex.

The footage shared on Eric Van Dongen's Facebook page revealed the rocket successfully lifting off, but then turning over up in the sky and falling down, with a large explosion erupting as the vehicle struck the ground.

The company acknowledged the mistake, adding that "a ton of progress" was made during the launch attempt and asserting that a new launch date would be set after reviewing data and making changes. Elon Musk, the founder and CEO of SpaceX and Tesla, expressed support to his counterparts on Twitter.

Sorry to hear that. I’m sure you’ll figure it out though. Took us four launches to reach orbit. Rockets are hard.

Mark Lester, president of the Alaska Aerospace Corporation, was present on site during the launch and commended the crew for quickly responding to the fire, adding that no one was hurt.

​“The launch was terminated early, which is part of our safety process,” Lester said, cited by Alaska Public. “We are prepared for these things. The key is public safety, and everything we did to keep the air, waterways and land free from the public is exactly why we do that in conditions like this.”

He did not elaborate on the reasons for the crash, describing the launch as "beautiful" despite its failure to meet "all our objectives".

Astra was founded in 2016 with the goal of developing smaller and more efficient rockets to deliver telecommunication satellites to orbit. The company built its spaceport in Kodiak in October 2019, and the development of Rocket 3 began in January 2020.