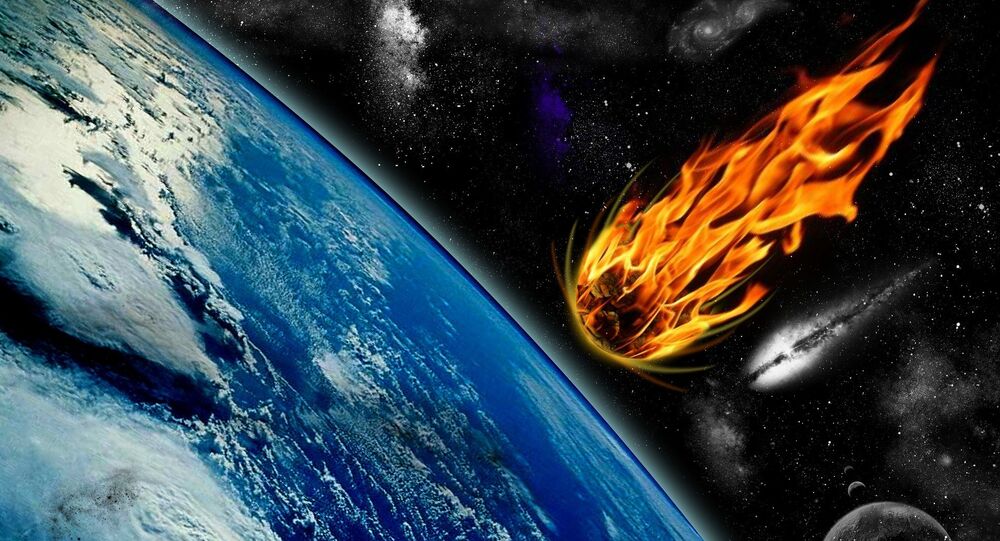 A meteor was seen flashing across the sky above Croatia at 10:31 a.m. local time on Friday, followed by what witnesses claim was a loud clap of thunder.

Caught on Dashcam video, the bright object is clearly visible as it streaks across the heavens only to explode when entering the atmosphere.

The video clip went viral after it was posted on Facebook by a user.

Subsequently, numerous users have gone online to post their footage and photos of the event.

According to the Geological Survey, the meteor supposedly exploded at a very high altitude somewhere between Istria and Novo Mesto, with some sources speculating the meteor remains have fallen on the border between Slovenia and Croatia.

The Croatian Astronomical Union wrote on its Facebook page that the disintegration of the bright object, visible from a large geographic area covering Istria, Dalmatia, and Zagreb, must have occurred at an altitude of at least 30 kilometers above sea level.

The blast lasted for several seconds, with windows reportedly shaking in some places. No material damage was reported.

The Astronomical Union wrote that while it was possible that fragments of the meteorite had fallen to earth, the exact location is unknown, and without expert analysis, all discovered "potential meteorites" have no value.

Beautiful Meteor Shower Spotted in US State of California

A Falling Meteor Caught on Camera in Russia's Karelia - Video