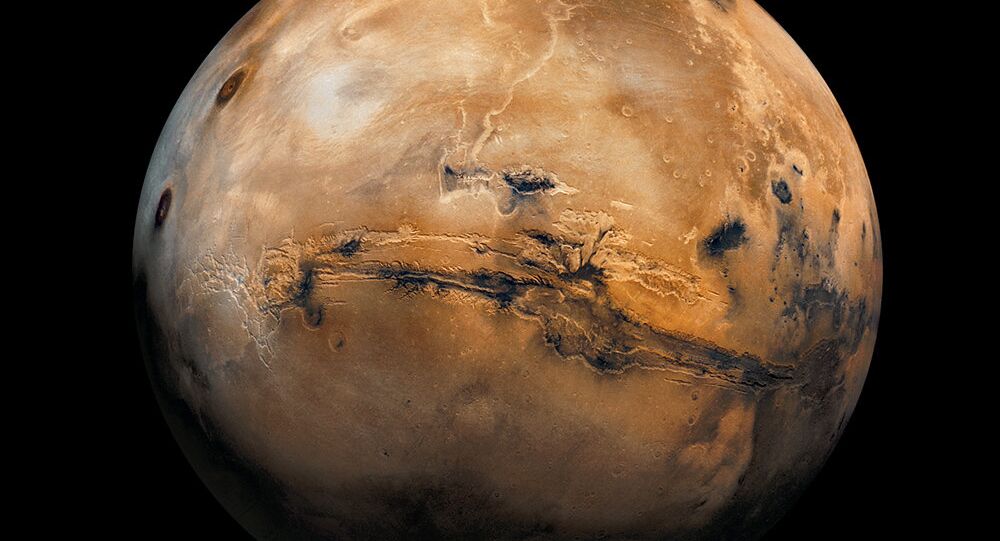 Similar claims have been made before, with NASA announcing in 1996 that it had found signs of life on Mars in another space rock, known as ALH 84001, also citing the appearance of the strands and filaments.

A second Martian meteorite which shows 'signs of microbial life' has been found, Hungarian researchers say in their report on the latest study, published in Open Astronomy, reigniting 'bacterial' fossils claims made 20 years ago by NASA.

The meteorite, officially known as ALH-77005, is claimed to contain 'biosignatures', which researchers describe as textures and features left behind by organisms.

© NASA . NASA/JPL-Caltech/MSSS
MYSTERY as Curiosity-Spotted Methane 'Very Surprisingly Disappeared' From Mars
A team of researchers from the Hungarian Academy of Science (HAS) Research Centre for Astronomy and Earth Sciences used optical microscopy and infrared technology to study the textures and features of the thin sample of ALH-77005.

The Hungarian researchers also examined minerals and other material embedded in the stone, and conducted isotope tests to check for the chemical components essential for life. The studies led them to conclude that the microscopic filaments inside could point to the presence of bacteria which survive by eating iron rust.

Back in 1996, NASA scientists claimed they found proof of microbial life in a meteorite from Mars known as ALH 84001, similarly citing the appearance of strands and filaments. The rock was produced four billion years ago on Mars and landed on Earth around 13,000 years ago.

© CC0
'Very Exciting': Scientists CONFIRM Existence of Possible Life-Sign Gas on Mars
At the time, even US president Bill Clinton endorsed the scientists' findings, saying the discovery could offer the 'most stunning insights' into the universe.

Clinton said: "Today, rock 84001 speaks to us across all those billions of years and millions of miles. It speaks of the possibility of life. If this discovery is confirmed, it will surely be one of the most stunning insights into our universe that science has ever uncovered."

Scientists at the time said that it was impossible to prove or refute such claims as the markings could have been formed by non-biological processes.

Dr Ildiko Gyollai from the Hungarian Academy of Science (HAS) Research Centre for Astronomy and Earth Sciences in Budapest led the most recent study. Writing in the paper, its authors said: "Comparing recent results and interpretation with other meteorites, it can be raised, that on these similarities the microbially mediated biosignatures can be proposed microbial mediation by [iron oxidising bacteria] on Mars."

The meteorite is claimed to contain 'biosignatures', which researchers describe as textures and features left behind by organisms. The image shows a thin section of ALH-77005 in plane polarised light, with the area studied marked by a brown rectangle, and experts concluding that the microscopic filaments inside could point to the presence of bacteria that survive by eating iron rust.

The full report on the latest study was published in Open Astronomy.