Life is possible on Mars and even in space. These are the findings of an experiment carried out on the International Space Station (ISS). But only strong bacteria can survive under such extreme conditions, more complex life forms have very poor prospects.

Is there life on Mars? This question has always puzzled scientists and ordinary people alike. In 2020, a Russian-European robot will begin a journey to find an answer to this long-debated issue. But the question about whether there is opportunity for life on the Red Planet has already been answered in Earth's orbit — on the ISS.

From 2014 to 2016, the so-called Biomex (Biology and Mars Experiment) experiment was conducted for 18 months and 30 research institutions participated in the project. The project's results are now in, and they are positive. Biomex found that certain forms of life can survive under the extreme conditions found in space and on Mars.

Up to 80 Percent Survival Rating

"The whole genealogic tree of life was present on the ISS", astrobiologist Jean-Pierre Paul de Vera, from the DLR Institute of Planetary Research in Berlin-Adlershof and the person responsible for the scientific management of BIOMEX, told Sputnik about the experiment.

Many ancient bacteria (archaea), blue-green algae (cyanobacteria), algae, fungi, lichen, and even bryophytes had to fight for survival on the ISS.

The result is clear: complex life forms are less prepared for such extreme conditions. "Moss species have been severely affected. There was only one leaf that survived, and it is unclear whether new cultures can be obtained from the cells", de Vera said. The result was similar for lichen. "But when it comes to microorganisms, single-celled organisms, their survival rate was much higher, around 60 to 70 percent, sometimes even 80 percent".

Space Radiation and Gas on Mars

But how does this relate to Mars? "On the ISS, we imitated Mars-like environmental conditions and saw if organisms could survive [Mars-like conditions], and whether they could remain stable enough so that they may be detected using the appropriate tools", the astrobiologist explained. 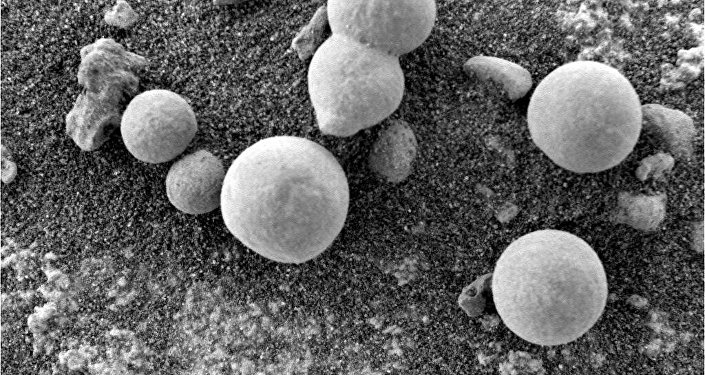 The samples were separated from space by a glass coating so that the microorganisms were not simply lost in space. "But glass does not protect against cosmic radiation, there is also a space vacuum on this platform", added de Vera. "There are valves through which residual gas is released into space". Some samples were filled with an artificial Mars atmosphere, so that organisms could be tested for survival in space, and on Mars.

Motivation to Look for Life on Mars

"During the Biomex experiment the aim was to establish Mars's habitability, and whether using the tools that we'll send with the ExoMars programme in the near future will confirm the presence of organisms", de Vera said.

To De Vera, the results suggest the search for extraterrestrial life should be continued:

"We can now say that it is worth looking for life on Mars, because there are organisms from Earth that can well withstand Mars-like conditions. Especially those that live in the ground — so in the future ExoMars will have drilling equipment".

Additionally, researchers during the Biomex experiment were able to test the tools that will search for life on Mars in the future and they have successfully discovered biosignatures. 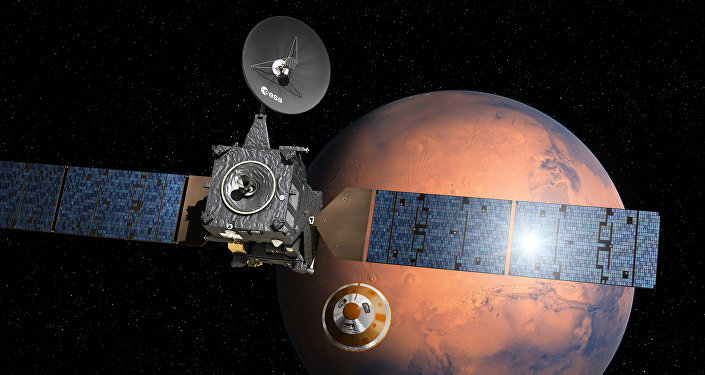 © AP Photo / ESA/D. Ducros
ESA/Roscosmos Spacecraft Sends Its First PHOTOS of Mars Surface
Another aspect to be looked at is the interplanetary transfer of life. "We know that there are Mars meteorites that have fallen to Earth. That means there is an exchange. And here we are talking about whether Mars in the past was habitable, and is it possible that living material (organisms) fell to Earth from Mars and further developed here", the astrobiologist said.

Such organisms, however, were supposed to survive not a one and a half year journey, but a journey that took thousands of years in space. Therefore, further experiments are needed to test long-term survival in space, during which, for example, bacteria will be planted on the Moon and will only be examined after many years. "We would also like to put up a platform on the Moon in the future", de Vera noted. He is also in favour of creating such a programme at the European Space Agency (ESA).

An additional experiment is planned for 2022, during which "terrestrial organisms from the depths of the sea will be exposed to space conditions. The bottom line is that in our Solar System there are icy satellites around Jupiter and Saturn that eject different molecules and complex organic molecules into space like a fountain. But we still don't know for sure what it is, possibly, it may also indicate the existence of life", de Vera said. Depending on the results, it may be worth exploring these ice fountains (eruptions) and plan more missions.