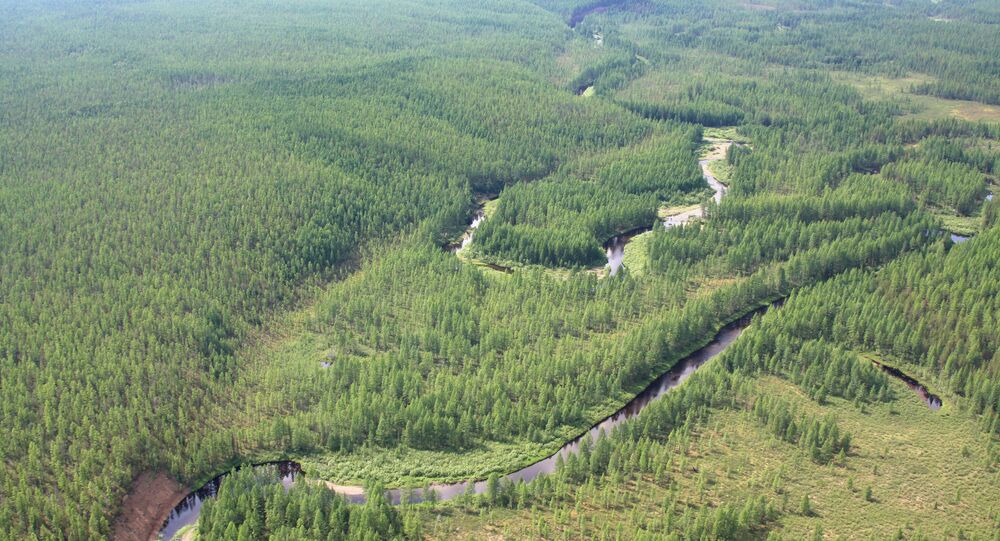 Lake Cheko was supposed to be the impact crater of the large explosion that occurred near the Tunguska Riva in Russian Siberia, which was detected hundreds of miles away. However, Russian scientists revealed that Lake Cheko is at least 280 years old, which means that the lake dates back hundreds of years before the Tunguska event.

The so-called Tunguska event is still a mystery after 108 years. It is the largest impact event on Earth in recorded history.

On the morning of June 30, 1908 a large fireball crossed the sky above the taiga over the Stony Tunguska River in Krasnoyarsk Krai in Russian Siberia. A large explosion followed, which could be heard even in the distant villages 745 miles away and visible even in Britain. It flattened 2,000 km2 (770 square miles) of forest. During the following days, strange phenomena were observed in the skies above Europe, such as silvery, glowing clouds, colorful sunsets and a strange luminescence in the night.

Russian newspapers soon reported that it was a meteorite impact, while foreign newspapers speculated on various scenarios from a volcano eruption to a UFO accident. However, the unpredictable political situation in Russia at that time prevented further investigations.

© Sputnik / Vasiliy Litosh
Diamond-graphite growths from the place where the Tunguska meteorite fell on the Podkamennaya Tunguska River near Vanavara, Krasnoyarsk Territory. (File)

After 13 years the first research expedition led by Russian mineralogist Leonid Kulik visited the Tunguska. Despite exploring the entire area, they didn’t discover a single great crater or meteoritic material. To explain this fact Kulik suggested that some natural extraterrestrial solid exploded in the Earth’s atmosphere.

Over time, many other theories, some quite unusual, have been proposed to explain the apparent lack of craters and missing extraterrestrial matter.

In 2007 a research team of the University of Bologna in Italia led by Luca Gasperini proposed that a small lake in the region, Lake Cheko, may have been the impact crater. Their assumptions were based on the fact that the lake is unusually deep for the region and its shape looks like a crater. Moreover, there is no record of the lake existing before 1908. Gasperini's evidence is controversial, as seen in one published answer to this research.

© AP Photo
Trees lie strewn across the Siberian countryside 45 years after a meteorite struck the Earth near Tunguska, Russia. (File)

It July 2016 a team of Russian researchers from Krasnoyarsk and Novosibirsk explored Lake Cheko again in order to estimate its real age. The region was poorly mapped before the 20th century, so the lake might have existed before 1908, they presumed. The age of a lake can be estimated by assessing its bottom sediments.

Last year the scientists obtained a core sample of bottom sediments from the deepest trench of Lake Cheko to make geochemical and biochemical analysis. Recently their colleagues from the Institute of Geology and Mineralogy, Siberian Branch of The Russian Academy of Sciences (RAS) completed radioscopic analysis of the core samples, a press release at The Russian Geographical Society website says.

The study showed that the deepest sample is about 280 years old, which means that the lake is probably even older, because the researchers did not manage to obtain samples from the very bottom. Nevertheless, this proves that Lake Cheko is much older than the Tunguska event and is not an impact crater of a supposed Tunguska meteorite impact.

The results of the study will be published in one of scientific previewed journals on July 30, 2017, at the anniversary of the Tunguska, according to Denis Rogozin, senior research worker at Krasnoyarsk Research Center Siberian Branch of RAS.

The results of Russian scientists’ research left the academic society without the last straw they grasp in the hope to find any evidence that the Tunguska event actually was a meteorite impact and made the Tunguska event really mysterious again.