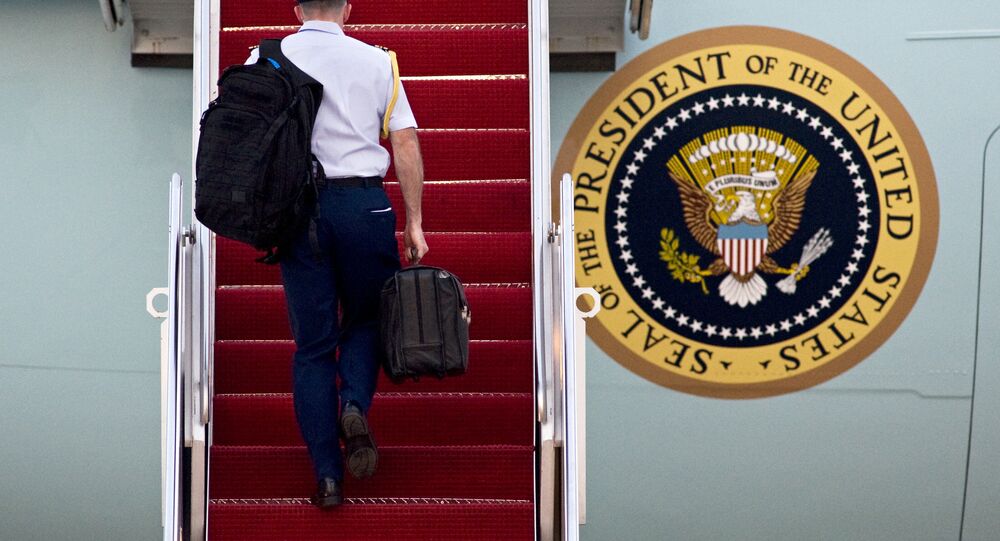 The Pentagon has rented a privately held apartment in New York City’s Trump Tower to house the “nuclear football,” the briefcase containing missile launch codes and secure communication tools that follows the US president wherever he goes, though it says the Trump family will not benefit monetarily from the arrangement.

While it has not revealed the terms of its lease on the apartment, the Pentagon asserts that neither Trump nor his family will directly benefit from money paid to rent the flat to house the briefcase and its keepers while the president stays in New York, Reuters reports. An unknown beneficiary has agreed to lease their apartment in the Trump Tower for an unspecified amount of money.

US Defense Department official James MacStravic, in a letter obtained by Reuters, asserted to Representative Jackie Speier (D-CA) of the House Armed Services and Intelligence Committees that the Trump Tower expanse is "privately owned and… lease negotiations have been with the owner's representatives only."

MacStravic claimed that he consulted with the White House Military Office as well as other officials to negotiate a lease on the apartment.

Claiming that Trump or his family of businesses would not directly receive payment from the leases, MacStravic said, "We are not aware of any means through which the President would personally benefit from a Government lease of this space."

He said the arrangements are "typical of support provided" to US presidents and vice presidents staying at a private residence. What remains murky, however, is whether the Pentagon's White House Military Office has ever paid to rent space for these purposes in the past.

According to Reuters, neither the Trump Organization, the US Defense Department or the US Secret Service would comment on the issue, and a White House spokeswoman denied any knowledge of the lease.

The White House, Secret Service and the Defense Department have not stated whether arrangements had been made at other Trump properties that the president often visits, including Mar-a-Lago in Palm Beach, Florida, and the Trump National Golf Club in Bedminster, New Jersey.

In February, the Pentagon released a statement that it was interested in renting space within New York City's Trump Tower. Lawmakers on Capitol Hill questioned whether leasing Trump-branded property would directly benefit the president or any of his many corporations.

"I am concerned by the appearance that the President of the United States will financially benefit from this deal at the expense of the Department of Defense — and ultimately, taxpayers," Speier wrote to US Defense Secretary James Mattis shortly after the Pentagon made its February public announcement.

The Pentagon asserted that it was seeking to avoid controversy by negotiating directly and privately with the owners of the properties.

The US president is often away from the White House, making an unprecedented 33 trips to 19 properties that bear his name since his January 20 inauguration.