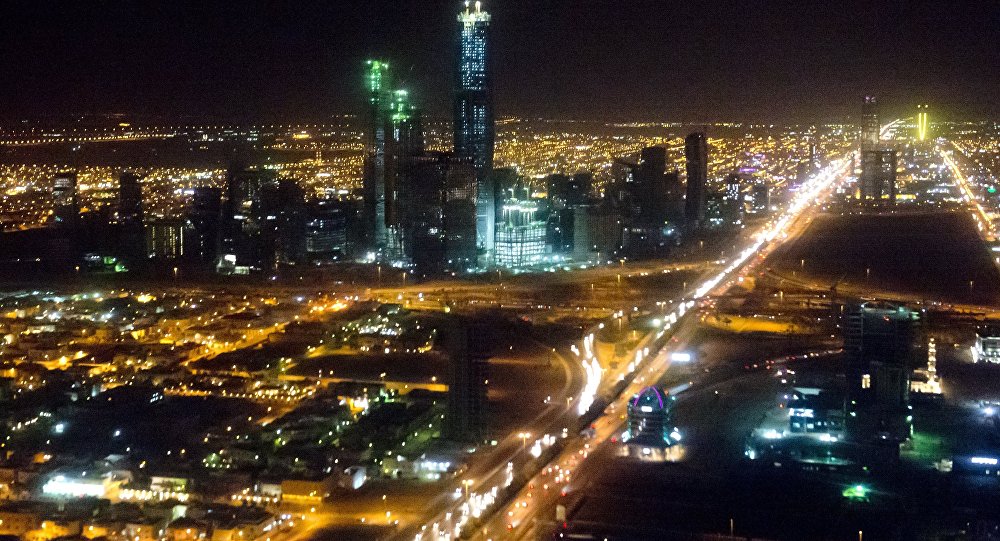 Russia Calling the Shots on 'American Playground' in Middle East

Russia continues to develop relations with Saudi Arabia, Washington's longstanding ally in the Middle East. In addition to the ongoing cooperation in the energy sphere, the two countries are expected to launch lucrative investment projects and probably start working together in the defense sector.

© Sputnik / Evgeniya Novozhenova
How Russia Has Yet Again Outpaced US in Middle East, and It's Not About Syria
Russia continues to compete with Washington on the US' traditional "playground" in the Middle East.

Commenting on the issue, Israeli political analyst Avigdor Eskin told Sputnik that Russia has surpassed the US by recognizing West Jerusalem as Israel's capital.

"The current statement regarding the recognition of West Jerusalem as the capital of Israel reflects a warm and friendly atmosphere [between Russia and Israel]. This is highly appreciated," the Israeli political analyst underscored.

"Russia is much closer to the region and has a deeper understanding of the situation. If Trump remains 'under siege' and doesn't prevail for the rest of his term, we might expect a stronger Russian influence," Eskin predicted.

Assessing the results of the summit, Russian Deputy Foreign Minister Mikhail Bogdanov said that contacts between Moscow and Riyadh are expanding at various levels.

"Indeed, there is a deepening of mutual understanding between our countries; contacts are taking place at all levels," he said during a meeting with the head of The King Salman Center for Humanitarian Aid and Relief.

As expected, the cooperation in the oil and gas spheres had become the centerpiece of the negotiations between Russia and Saudi Arabia. Moscow and Riyadh continue to take steps to reduce oil production to balance the market.

The countries have fully complied with all their obligations under the agreement between OPEC and other oil-producing countries.

"Russia and Saudi Arabia acted as guarantors of the implementation of this agreement, and I am sure that this cooperation will continue, because no one is interested in a chaotic development of events [in the oil market]," Matvienko said, as quoted by RIA Novosti.

© Sputnik / Alexey Filippov
Russian Deputy Foreign Minister Hails Expansion of Contacts With Saudi Arabia
Interestingly enough, following the oil price slump, there was speculation that Washington had persuaded Riyadh to dump prices to spite Russia. However, Moscow and Riyadh are currently successfully working together to establish an equitable pricing strategy in the energy market.

Furthermore, although Riyadh remains close to the US, the Kingdom didn't support anti-Russian sanctions imposed by other Washington's allies, including Japan, Australia, New Zealand and Canada.

In addition, the Russians and their Saudi counterparts discussed the prospect of cooperating in the defense sector. While the details of the talks have yet to be disclosed, it is known that in late 2016, Saudi Arabia showed interest in potentially purchasing Russian S-400 Triumf air defense systems.

"This has been stated by Saudi Arabian representatives themselves when they visited multiple exhibitions, presentations and shows where Russia showcased these systems, such as the exhibition in Abu Dhabi [the International Defense Exhibition and Conference, IDEX] and events organized in Russia, so there is nothing new here, there is an interest," Russian Ambassador to Saudi Arabia Oleg Ozerov told Sputnik in early November 2016.

It is no secret that Washington has long been Riyadh's key arms provider and the country boasts an annual defense budget second to only that of the United States and China. Recent developments show that Russia is beginning to compete with the US for the Kingdom's lucrative military contracts.

Meanwhile, Matvienko revealed that the Russian Direct Investment Fund and the Saudi Arabian sovereign wealth fund will launch joint projects worth $3 billion before the end of this year.

"The Russian Direct Investment Fund and the Saudi Arabian sovereign wealth fund are cooperating successfully. Thanks to them, projects worth some $600 million have been implemented. Before the end of the year, projects worth $3 billion should be launched," she said.

However, there are also bumps in the road regarding Russo-Saudi relations: Riyadh and Moscow have completely different approaches toward Syria and Iran. On the other hand, the two countries have similar views regarding the resolution of the Palestinian-Israeli conflict.

"Moscow and Riyadh have similar positions on the resolution of the Palestinian-Israeli conflict," Deputy Chairperson of the Council of the Federation Ilyas Umakhanov told RIA Novosti.

"As for Syria, we have very serious differences regarding the fate of [Syrian] President Bashar al-Assad, but Russia and Saudi Arabia agree that there can be no military solution to this crisis," he said.

According to Matvienko, Saudi Arabia's King Salman bin Abdulaziz Al-Saud may visit Russia by the end of 2017.