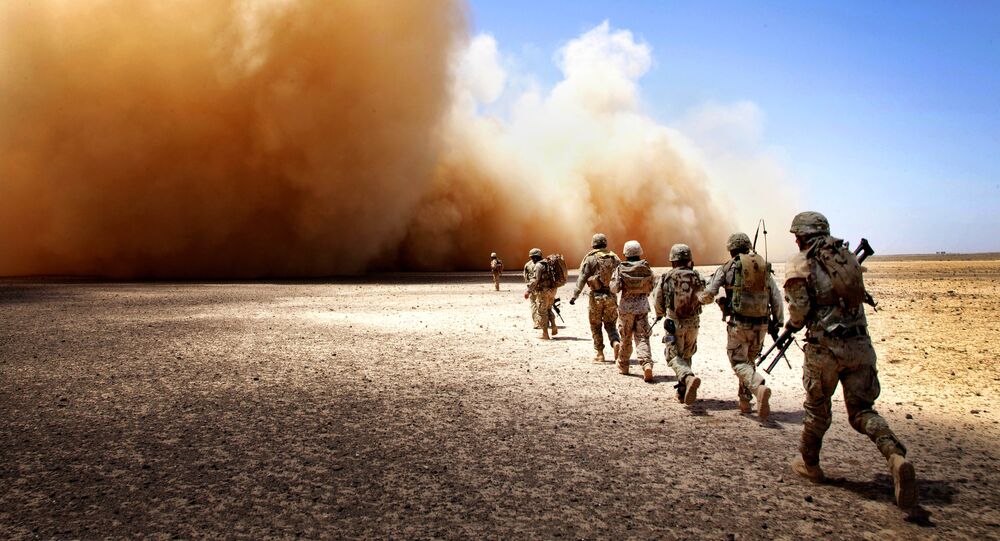 Evidence Confirming 'Failure of US Foreign Policy is Breathtaking in Scope'

In the past two decades, Washington has pursued a muscular foreign policy that has led to thousands of civilians dying, sectarian violence spreading in the Middle East and America's national security being afflicted, defense analyst Daniel L. Davis wrote for the American Conservative.

"The evidence confirming the totality of our failure is breathtaking in scope and severity," he said. "A change in [Washington's] foreign policy is critically needed."

Davis, who retired from the US Army as a lieutenant colonel after 21 years of active service, listed several implications of Washington's foreign policy failures. Among other things, these include drone strikes and air raids killing civilians, aid workers and most recently the Syrian Arab Army servicemen in Deir ez-Zor.

© AFP 2020 / KARAM AL-MASRI
Russia 'Understands the Direction That Washington Wants Syrian War to Go'
"Each of these mistakes, repeated hundreds of times over the past 15 years, creates more antagonism and hatred of the United States than any other single event," he observed, adding that tactical benefits, if there are any, do not offset negative repercussions.

Washington's military engagement has repeatedly made already complicated situations far worse. For instance, America's assertive foreign policy has helped to turn Afghanistan into "a dysfunctional state that serves as a magnet for terrorists" and Libya into "an 'unmitigated failure' featuring a raging civil war, serving as an African beachhead for [Daesh] and a terrorist breeding ground."

Washington's counterterrorism efforts have also been questionable taking into account that the US military power has "contributed to the expansion of al-Qaeda into a 'franchise' group, spawned a new strain when [Daesh] was born out of the vacuum created by our Iraq invasion and seen major terrorist threats explode worldwide."

Davis further said that the US' military adventures overseas have a "less obvious but more troubling" implication.

The non-stop deployment of the US Air Force, the US Army and the Marine Corps has cut the lifespan of military equipment, increased maintenance requirements and depleted the Pentagon's weapons arsenal. In other words, "perpetual fighting" has dissipated the "fighting strength of the armed forces."

"It is discouraging to see the administration, Congress, and the Department of Defense fully tethered to the perpetual application of military power against small-scale threats. Terrorism definitely represents a threat to US interests, and we must defend against it. But the obsession with using major military assets on these relatively small-scale threats has not only failed to stem the threat, it has in part been responsible for expanding it," he noted.