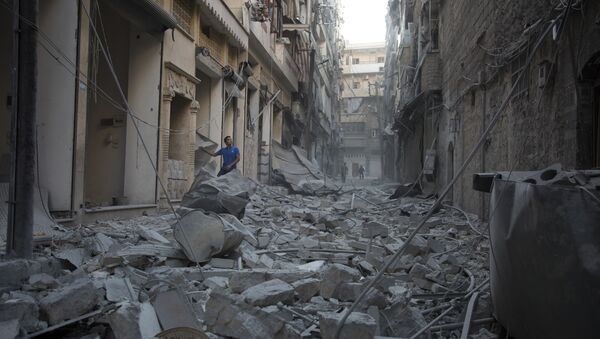 Salman Rafi Sheikh turned to recent developments to support his assertions. He pointed to the Pentagon's attack on the Syrian Arab Army's base in the city of Deir ez-Zor that put an end to the fragile ceasefire sponsored by Russia and the US as evidence that Washington wants to escalate violence in the war-torn country, particularly Aleppo.

"The new Russia-Syria offensive on Aleppo now, at this particular stage, has the potential to decisively turn the tide of events to their advantage, which would imply a clear defeat for the US, its allies and their jointly-backed proxy groups," he said.

Russian MoD Denies UK Allegations of Involvement in Aleppo Aid Convoy Attack
Experts agree that the outcome of the battle for Aleppo could well determine the outcome of the Syrian conflict as a whole. Since US-backed rebels appear to be losing in Aleppo, Washington, according to the analyst, has come to the conclusion that only escalation "can salvage the US and its allies on the ground."

In addition, the US and its allies have engaged in a smear campaign against Moscow and Damascus for their counterterrorism efforts in Aleppo, the analyst added.

Washington is trying to "project Russia and Syria as essentially 'villains' and force them into taking actions that would presumably invite more criticism and, if need be, violence," he explained. "By projecting Russia and Syria as 'brutal,' the US is creating a justification for pumping more jihadi fighters into Syria, sending more weapons and then painting this situation as yet another uprising against Assad's 'brutality.'" 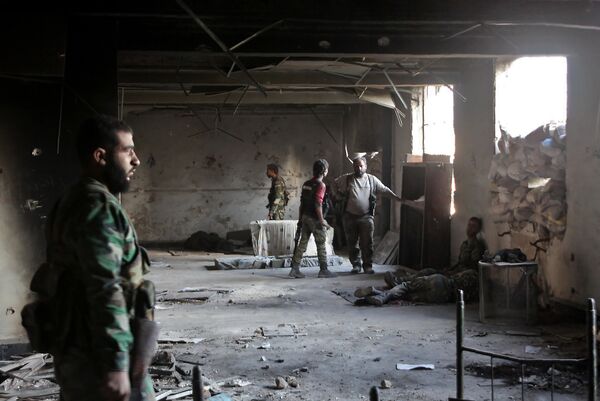 Salman Rafi Sheikh maintained that "Russia understands the direction the US is wanting the war to go to." The analyst warned Moscow against falling "prey to deliberate provocation," but noted that "a measured response" to the US' activities is "a strategic necessity."

The analyst further pointed out that the US will refrain from launching a large-scale ground operation in Syria since President Barack Obama's term will end in four months and the US Congress is highly unlikely to authorize such an operation.