A French court summoned former Guantanamo prison chief Geoffrey Miller to answer allegations of torture leveled by two ex-detainees – a move that could open other civilian and military officials to prosecution.

Nizar Sassi and Mourad Benchellali, both French citizens, were arrested by United States forces in Afghanistan before being transferred to the notorious prison camp, where they were held from 2001 until 2004 and 2005, respectively.

After being sent home, they filed a complaint in a French court, which launched an investigation.

"The door has opened for civilian and military officials to be prosecuted over international crimes committed in Guantanamo," their lawyer William Bourdon said. "This decision can only… lead to other leaders being summoned."

In court documents obtained by Agence France-Presse, lawyers for Sassi and Benchellali accused Miller of "an authorized and systematic plan of torture and ill-treatment on persons deprived of their freedom without any charge and without the basic rights of any detainee."

Miller, who was commander of the prison from 2002 to 2004 and is now retired, "bears individual criminal responsibility for the war crimes and acts of torture inflicted on detainees in US custody at Guantanamo," the documents state. 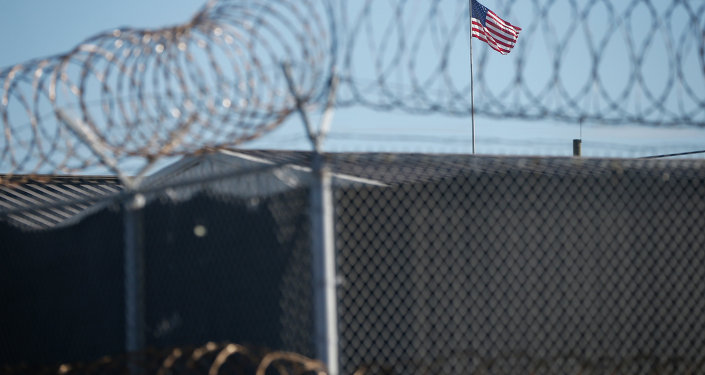 Miller implemented torture tactics approved by President George W. Bush’s administration as "enhanced interrogation techniques." The acts included placing detainees in stress positions, stripping them, isolating them for extended periods of time and exposing them to extreme heat and cold.

Even though then-secretary of defense Donald Rumsfeld banned the most controversial interrogation techniques in January 2003, Miller’s command continued to utilize them, the detainees’ lawyers allege.

"These acts constitute torture and violate, at a minimum, the Geneva Convention's prohibition on coercive interrogations."

Sassi and Benchellali are not the only former detainees asking a court for justice over torture at Guantanamo.

Former Syrian detainee Abdul Rahim Abdul Razak al Janko wanted to sue the US government for damages stemming from his treatment while held at Guantanamo for seven years until his 2009 release.

In his complaint, Janko cited years-long solitary confinement, lengthy bouts of sleep deprivation, "severe beatings," threats against him and his family, sexually explicit slurs against his female relatives, deprivation of adequate medical and psychological care, as well as "continuous" humiliation and harassment.

But last month, the US Supreme Court declined to hear his appeal, as well as another by a US rights group.