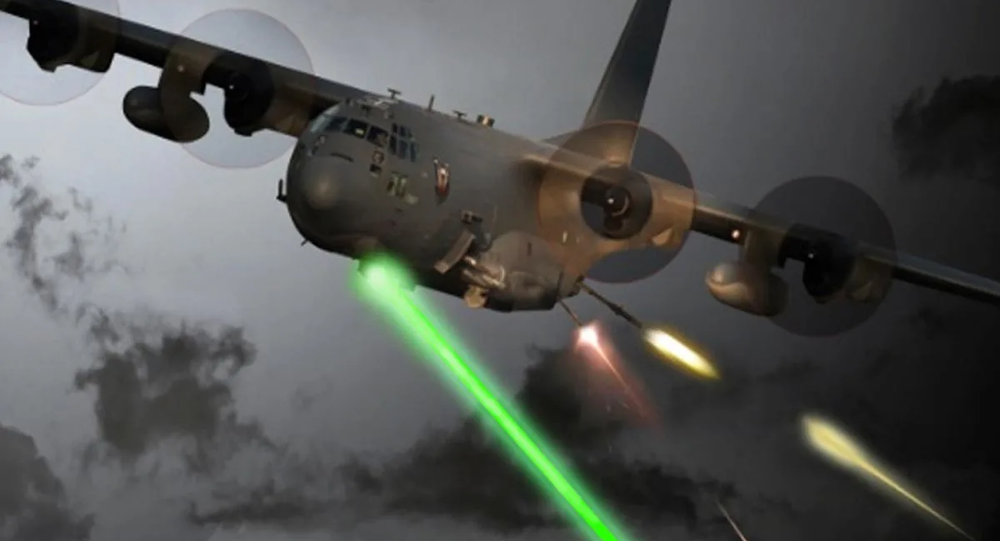 Once seen as the stuff of science fiction, or of a distant dystopian future, laser-based weapons have become a reality in recent years as major powers including the United States, Russia and China rush to field the technology in a variety of air, ground and naval applications.

“If it is successful – and we are planning for success –then it will feed into our new requirements and potentially a new programme down the road,” Johnson said, her comments cited by National Defense magazine.

“If this goes forward past the demo…we’ll have an additional [R&D, testing and evaluation] programme going forward,” she added.

According to the officer, laser systems for use by the Air Force for the AC-130J have already seen ground-based testing at the Naval Surface Warfare Center in Dahlgren, Virginia.

Now, Johnson says, after years of wrangling with the Pentagon to receive additional funding to develop the laser cannon technology, the Air Force finally has enough cash to proceed with development.

The US Air Force announced plans to introduce directed-energy weapons aboard the AC-130J in 2015, and had hoped to carry out a demonstration of the system sometime this year, but faced setbacks amid a lack of funding. The Ghostrider-based laser cannon, touted as a “less than lethal” weapon which can paralyze but not kill enemy combatants, is just one of a number of Pentagon programmes to introduce high-energy lasers in its weapons.

The US is not the only country making use of laser technology in defence applications, with Russia introducing the Peresvet ground-based defence system to assist in air and missile defence in 2018. China too is making progress in laser weapons, and like Washington, is working on an airborne offensive laser weapon. The US deployed a new Optical Dazzling Interdictor, Navy (ODIN) anti-drone system aboard one of its combat-capable warships earlier this year. Israel unveiled a new laser-based missile intercept system to replace the Iron Dome in January.

Laser weapons make use of concentrated bursts of light to heat an enemy target. If strong enough, a laser could slash people apart or burn holes straight through thick armour, but the power requirements for such systems is currently more than engineers have access to. According to Popular Mechanics, the 60-kW power rating mentioned for use aboard the AC-130J is enough to melt a satellite dish, burn through the hood of a moving car, or puncture the hull of a small boat. The laser is also expected to be scalable, allowing for power requirements to be adjusted.