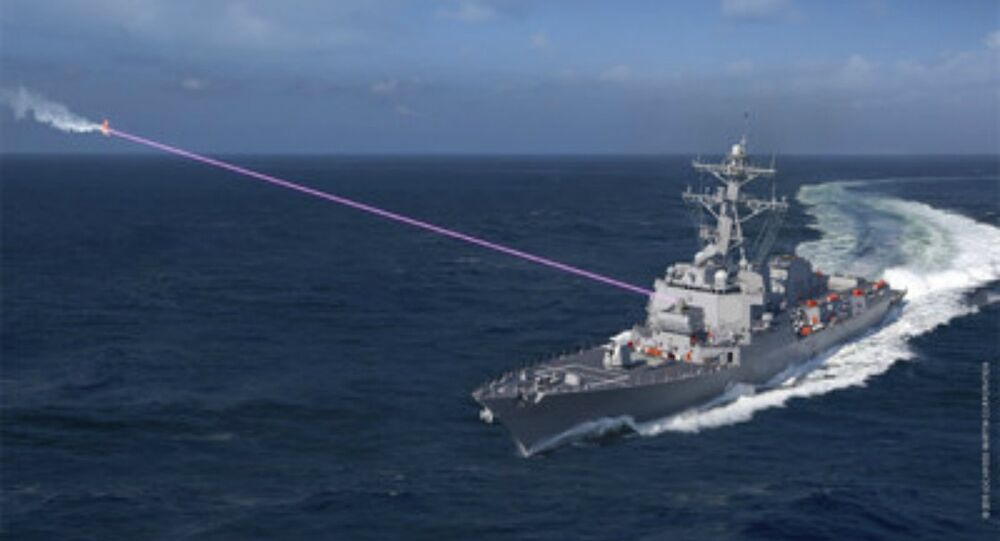 The US Navy has deployed a warship armed with the new Optical Dazzling Interdictor, Navy (ODIN), a laser-based drone defense system for the first time. ODIN is just one of a slew of laser systems the Pentagon is testing in a bid to up its anti-air and anti-drone defenses.

ODIN is the latest directed energy weapon to be deployed on a US warship, but it isn’t the first: the USS Ponce started sporting the 30-kilowatt Laser Weapons System (LaWS) back in 2014. However, LaWS was never deployed on an active warship - the USS Dewey could potentially find itself using ODIN in combat.

“Going from an approved idea to installation in two and a half years, ODIN’s install[ment] on Dewey will be the first operational employment of the stand-alone system that functions as a dazzler,” Naval Sea Systems Command (NAVSEA) said in a February 20 news release. “The system allows the Navy to rapidly deploy an important, new capability to the Navy’s surface force in combating Unmanned Aircraft Systems (UAS) threats.”

The Dewey actually received the weapons system back in November, according to photos published by The Drive at the time.

​However, NAVSEA has been very tight-lipped about ODIN’s capabilities, and officials refused to divulge to Military.com information even about when the system will be tested.

ODIN is just one of several members of the Navy Laser Family of Systems (NLFS), a group of research projects aiming to yield a viable directed energy weapon against UAVs and missiles, of which LaWS is also a part. Other systems include the Ruggedized High Energy Laser (RHEL); and the High Energy Laser Counter-ASCM Program (HELCA), for shooting down anti-ship cruise missiles; the 150-kilowatt Solid State Laser Technology Maturation (SSL-TM) planned for installation on the amphibious transport dock Portland in fiscal year 2021; and the High Energy Laser and Integrated Optical-dazzler with Surveillance (HELIOS), which is also due to be deployed on the guided missile destroyer USS Preble in 2021.

Rear Adm. Ron Boxall, who heads the surface warfare directorate for the Chief of Naval Operations, and Michael Griffin, the US defense undersecretary for research and engineering, have become champions of directed energy weapon research at the Pentagon, ensuring the budget has swollen to $1.1 billion in recent years.

“In my opinion, we are no more than a few years away from having laser weapons of military utility," Griffin said in November 2018, according to Defense One. He noted that the present level of development of the technology was "within a factor of two or three of being useful on a battlefield, airplane or ship."

Budget requests for the NLFS in 2021 stand at $68.2 million and expect to yield an "advanced prototype laser weapon system" with at least 60 kilowatts of strength, Military.com noted.