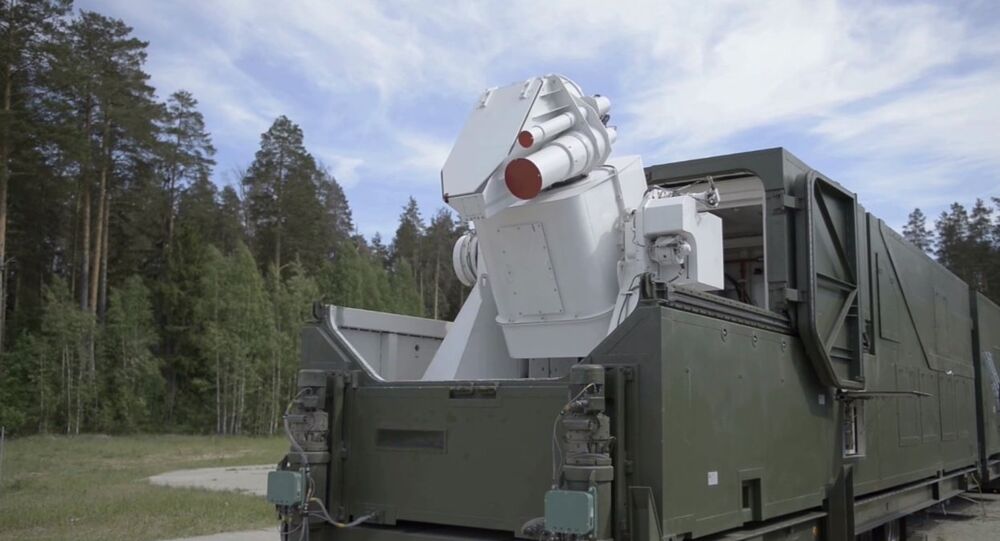 The Russian president stressed the importance of the timely implementation of the projects involving the development of this particular weapon type.

Russian President Vladimir Putin has said that projects aimed at developing laser weaponry are extremely important to the country as this particular type of weaponry is expected to determine the combat potential of the Russian Armed Forces for years to come.

"The timely implementation of such projects is very important because this weapon types are going to determine the combat potential of the Russian army and navy during the entire 21st century", he said.

In 2018, the Russian Defence Ministry released a video featuring the deployment process and combat preparations for the Russian combat laser system "Peresvet", which entered experimental combat service with the army on December 1.

The new weapon is apparently designed to track and shoot down hostile airborne targets, including aircraft and missiles.

Earlier this month, the US Air Force also reported a successful test of a laser weapons system that effectively shot down several missiles.