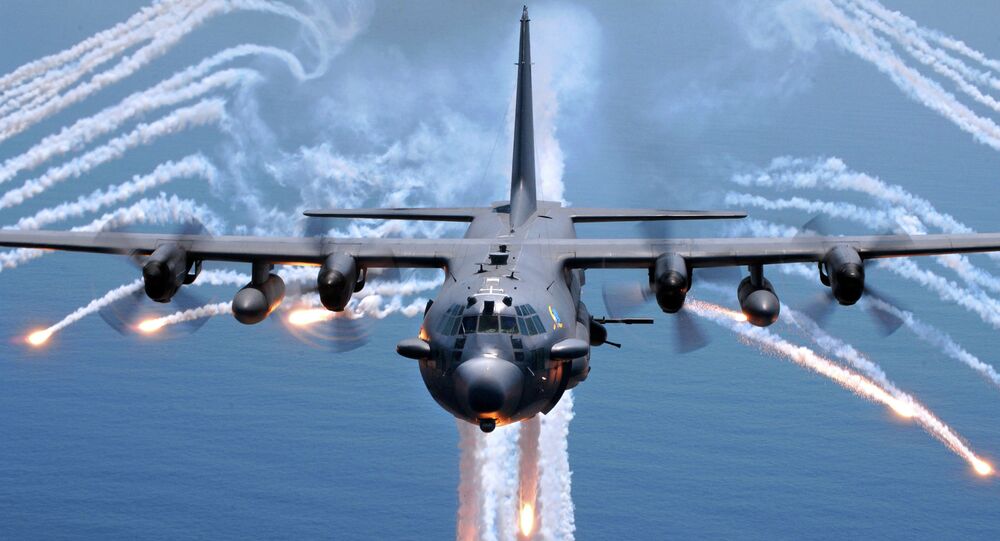 "We're not always going to kill people in our sights, sometimes we just want them to stop what they're doing … active denial weaponry is key to all of this," Lieutenant General Bradley Heithold, AFSOC commander, told the Directed Energy Summit, as quoted by IHS Jane's.

I must look for new ways to defend the AC-130, lasers offer a solution —LtGen Heithold #DirectedEnergy15 @BoozAllen pic.twitter.com/VaBKuy5CWn

Sometimes all we want to do is disperse the enemy, active denial weapons offer a tool for that —LtGen Heithold #DirectedEnergy15 @BoozAllen

© Sputnik / Mihail Mokrushin
Russia Develops 'Microwave Gun' Able to Deactivate Drones, Warheads
The United States deployed the ADS to Afghanistan but the pain ray technology has never been used in an actual battle. The ADS is designed to be employed for crowd control.

Similar systems are in development in Russia, but they are not meant to be used against machinery, not people. In July, Russia’s United Instrument Manufacturing Corporation (UIMC), part of Rostec Corporation, announced that it developed a super-high-frequency gun.

Informally called the microwave gun, it is capable of deactivating the radio electronics of UAVs and the assault elements of precision weapons. The gun boasts an impact range of 6.2 miles and has a defense perimeter of 360 degrees.

The US Air Force operates AC-130U Spooky and AC-130W Stinger II variations, while the AC-130J Ghostrider is expected to enter service in the coming years.

The AC-130 gunship seem like something a 5 year old would design. Like, let's take a big plane and put a bunch of big guns on the side.