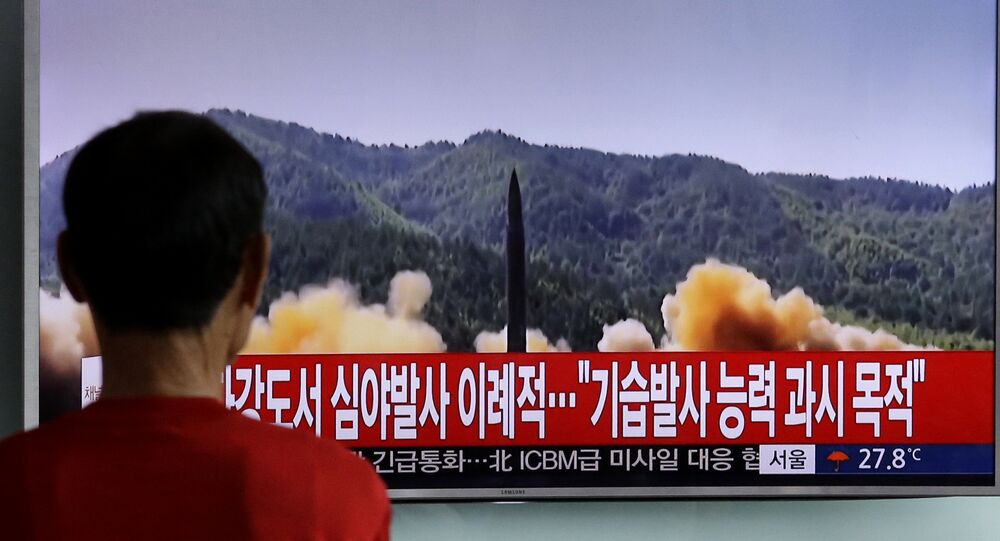 N Korea's Arsenal May Grow to 40 Nukes Next Year – Researcher

A pundit from the Stockholm International Peace Research Institute has estimated that North Korea could double its arsenal of nuclear warheads by next year.

Dan Smith of the Stockholm International Peace Research Institute has predicted that Pyongyang will have between 30 to 40 nuclear warheads at its disposal in 2020, the South Korean newspaper Chosun Ilbo reported, citing his speech at the residence of the Swedish ambassador to South Korea in Seoul.

SIPRI's previous report indicated that North Korea possessed 20 to 30 warheads in its arsenal, up from 10-20 in 2018. Smith's estimation therefore suggests that Pyongyang hasn't stopped developing nuclear weapons amid denuclearlisation talks with the US.

“Honestly, though, there is a great deal of uncertainty regarding our estimate of North Korea's potential nuclear capability. And that's mainly because North Korea is not open about its capabilities”, SIPRI expert Shannon Kile, one of the world's leading experts on North Korea's nuclear programme, earlier admitted to Swedish national broadcaster SVT.

Smith said Washington and Pyongyang first of all need to agree how to define the terms. The definition of denuclearisation is “a big thing to be worked out” as it is not only a “technical matter” but also a “highly political issue”, he added. According to Smith, the “definitive key to unlock problems” lies not in South Korea's hands, but in American hands.

North Korea has repeatedly stressed that it seeks economic development over an arms race. On Tuesday, the North Korean government newspaper Rodong Sinmun emphasised the importance of economic development by claiming it was “the fixed determination and will of the party” to build up “national economic power in the shortest span of time”.

According to the recent report by SIPRI, Pakistan, China, India, and Israel have also increased the number of nuclear warheads in the past year.