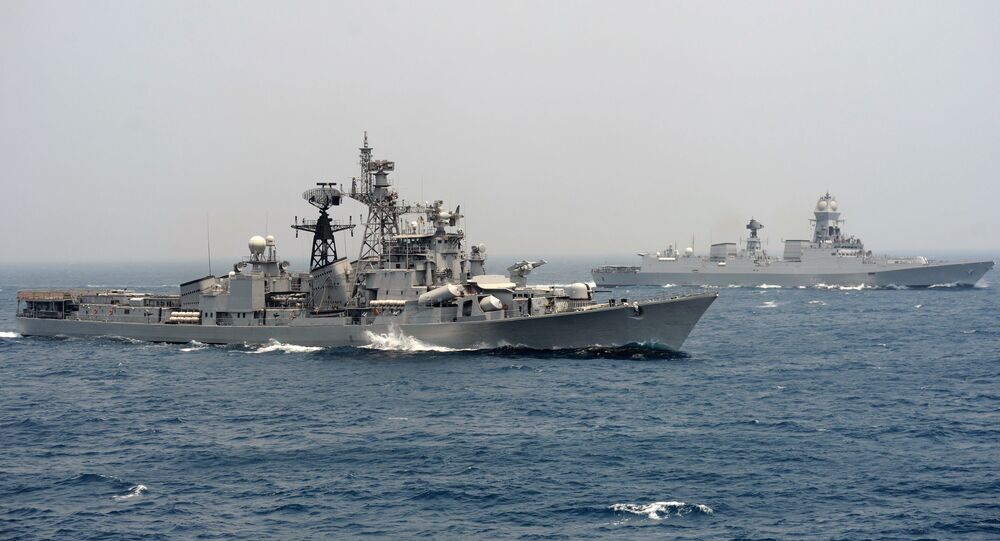 The Indian Navy earlier announced that it will be deploying warships and aircraft in the Gulf of Oman and the Persian Gulf to bolster maritime security against the backdrop of rising tensions between Washington and Tehran.

New Delhi (Sputnik): A day after the deployment of warships and aircraft to the Persian Gulf, the Indian Navy announced on Friday that it will deploy personnel aboard Indian crude carriers sailing in the Persian Gulf, Indian media reported.

“These teams would escort Indian crude oil tankers in and out of the Straits of Hormuz. Indian Navy teams will fly onto the tankers if they have a helicopter deck or embark them by boat,” the report stated.

The Strait of Hormuz - a stretch of water between the Persian Gulf and the Gulf of Oman - is a crucial shipping route for energy-hungry India, as the south Asian nation imports around 63 per cent of its crude oil via this route alone.

On Thursday, the Indian Navy announced its deployment of warships and aircraft to the Gulf of Oman and the Persian Gulf to bolster maritime security amid rising tensions between the US and Iran.

Earlier, Iran's Islamic Revolutionary Guard Corps announced they downed a US spy drone after it allegedly entering Iran's airspace. The US has challenged Tehran's claim that it had "indisputable" proof that the US drone was shot down by an Iranian surface-to-air missile after it violated Iranian airspace, insisting that the aircraft was flying over international waters.

US President Donald Trump said Friday that the United States is ready to retaliate over the downed drone, but stopped the strike shortly before it was about to be launched as the response would not be "proportionate."