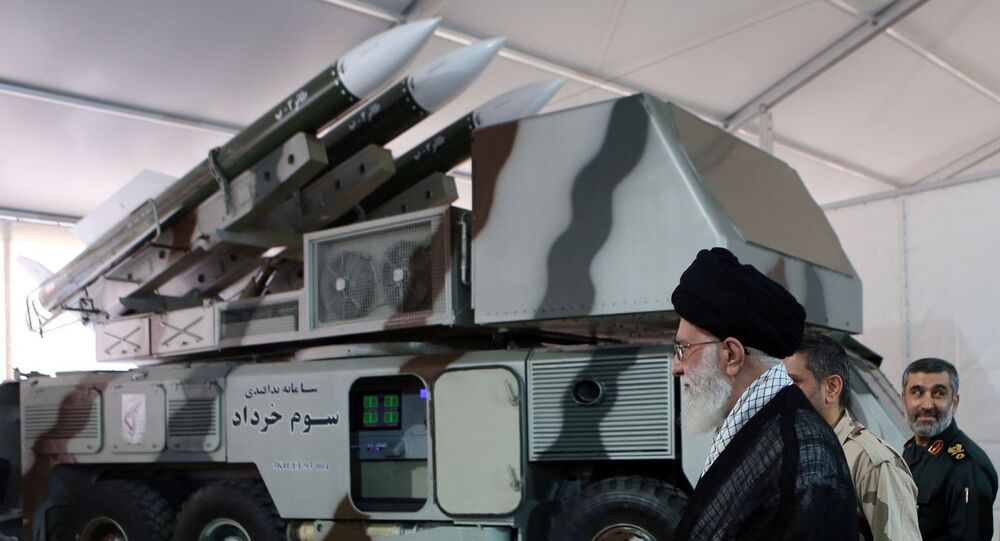 The Thursday downing of a US drone by Iran’s Islamic Revolutionary Guard Corps (IRGC) has caused tensions between Tehran and Washington to reach new heights, with both sides claiming to have been in the right. Some argue, however, that history shows the US is not afraid to fire first and withhold admissions of guilt until they get what they want.

Both the US and Iran have released footage they say back up their respective claims about whether the RQ-4 Global Hawk drone was operating within international or Iranian airspace before being shot down by the IRGC earlier Thursday.

In addition, no one has claimed responsibility for the Wednesday missile strike in Basra, Iraq, that injured two Iraqi workers at a compound housing the offices of international oil and gas corporation Exxon Mobil.

With many questions in the air and reports of an impending war between Iran and the US, Mohammad Marandi, an expert on American studies and postcolonial literature who teaches at the University of Tehran, provided his analysis of the situation to Radio Sputnik’s Loud & Clear.

“This is not the first time that US drones have been downed in Iran, and the Americans have, on many occasions, violated Iranian airspace. And one occasion the Iranians successfully hacked a US drone and successfully landed it in Iran,” Marandi told hosts Brian Becker and John Kiriakou, dismissing US claims that the reconnaissance drone was in international airspace when it was shot down.

“No one in Iran trusts the United States, and, in particular, no one trusts Trump,” the educator added.

Marandi recalled the July 3, 1988, downing of Iran Air Flight 655 by an SM-2MR surface-to-air cruise missile launched from the USS Vincennes, which resulted in the deaths of 290 civilians – 65 of whom were children or infants.

“At that time the United States lied about the flight, and the Western media mimicked the US government position. They lied completely in order to make the Iranian airliner seem guilty and justify US acts. And later on it became very clear the airline, the plane was acting as any other plane was supposed to act,” Marandi recounted.

Iranian Foreign Minister Mohammad Javad Zarif notably brought up the same incident on its anniversary in 2017, noting that the captain of the US ship was “awarded medal for murdering innocents.”

Then-US President George H.W. Bush commented shortly thereafter that he would “never apologize for the United States - I don't care what the facts are.”

When asked about the possibility of US aggression increasing, Marandi claimed it would be a “major, major miscalculation” for US President Donald Trump to listen to “so-called Iran experts who are telling the Americans that if you carry out a limited strike, the Iranians won’t do something in response.”

The professor also claimed such an escalation would result in devastation to the global economy.

“I think the Iranian response would be relentless and disproportionate, because the Iranians will not only strike back at aggressive forces, but they will strike at those countries that have facilitated the United States in carrying out that attack,” Marandi predicted, including countries such as the United Arab Emirates and Saudi Arabia.

While Marandi did not explicitly offer any insight on who may have conducted the Basra attack, Kiriakou pointed out that while the attack would be labeled as terrorism if carried out by the US, Washington’s standards say “if the rocket were fired from a ship, or from a plane, that’s an act of self-defense.”

Though the economy should not be put before lives, Marandi did warn listeners that “if people don’t stand up to the United States, whether governments or citizens, then everyone will pay a price, because the wellbeing of people across the globe depends on the energy that comes from the Persian Gulf region.”