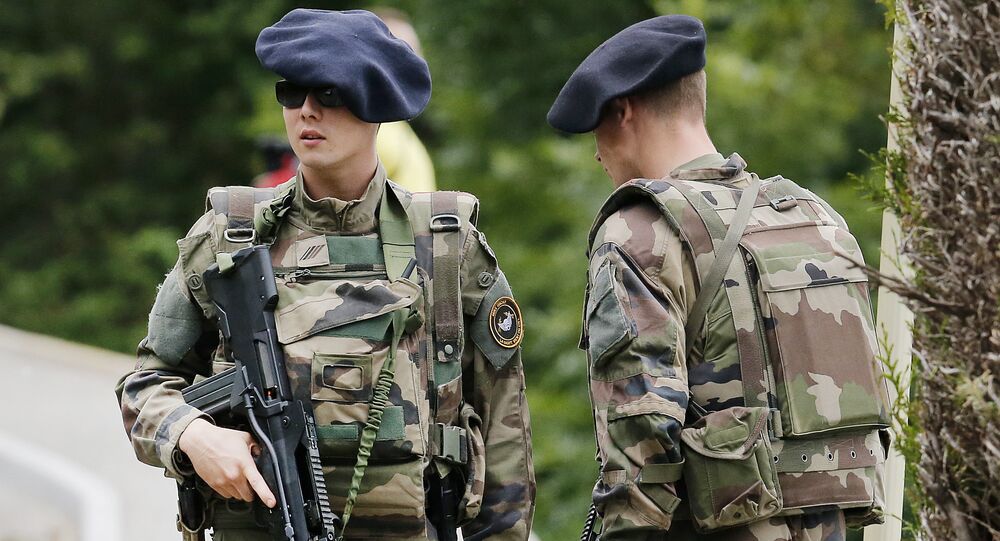 The French unit will be deployed in Estonia, just 140 kilometres away from Russia. The deployment is Paris’ contribution to the increased NATO presence in the Baltic States and Poland. Russia has long voiced alarm over the alliance’s activities near its borders.

A unit of 300 soldiers from the French Army and the Foreign Legion is expected to arrive in the Estonian town of Tapa, just 140 kilometres away from the Russian border, next week, according to France’s Embassy in Tallinn.

The troops will stay in Estonia until the end of August as a part of the FRA-EFP LYNX mission, which is aimed at boosting the alliance’s presence in the region. Paris will also deploy five Leclerc tanks and 20 infantry fighting vehicles, including 13 VBCIs, which is a French version of Multi-Role Armoured Vehicles (MRAV). They will be transported to Estonia by rail.

This is not the first time that French forces have been present in Estonia, as they were also located in Tapa for ten months in 2017. In addition, in 2018, the French Air Force also patrolled Estonian airspace within the framework of NATO’s Baltic air security mission.

This deployment is France's contribution to NATO's increased presence in the Baltic States and Poland. Their soldiers will replace the Belgian units serving with NATO’s British-led battle group in Tapa, according to the Estonian website ERR. The UK has 20 Challenger-2 tanks as well as 30 IFVs there. In addition, just recently, the UK also sent five Apache attack helicopters to the Amari Airbase in Estonia to join NATO's “enhanced forward presence” along the alliance's border with Russia.

The units are to take part in Estonia’s annual Spring Storm (Kevadtorm) drills, involving 10,000 troops, which are set to start on 29 April. As the Estonian news website reports, citing the country’s Ministry of Defence, NATO’s presence will also be increased further this year on the Baltic Sea ahead of the Baltic Protector and BALTOPS naval exercises.

Moscow has repeatedly voiced alarm over NATO’s unprecedented activities and boosting its presence in the region, citing the alleged “Russian threat”. The Kremlin earlier stated that Russia poses no threat to anyone, but will not leave any potentially dangerous activities without attention.

The UK, Canada, Germany, and the US lead multinational “Battle Groups”, part of NATO's enhanced Forward Presence (EFP) in Eastern Europe. The UK deployment includes troops from the King's Royal Hussars Armoured Regiment. NATO agreed to the creation of a forward presence in the region in 2016 at a Warsaw summit.