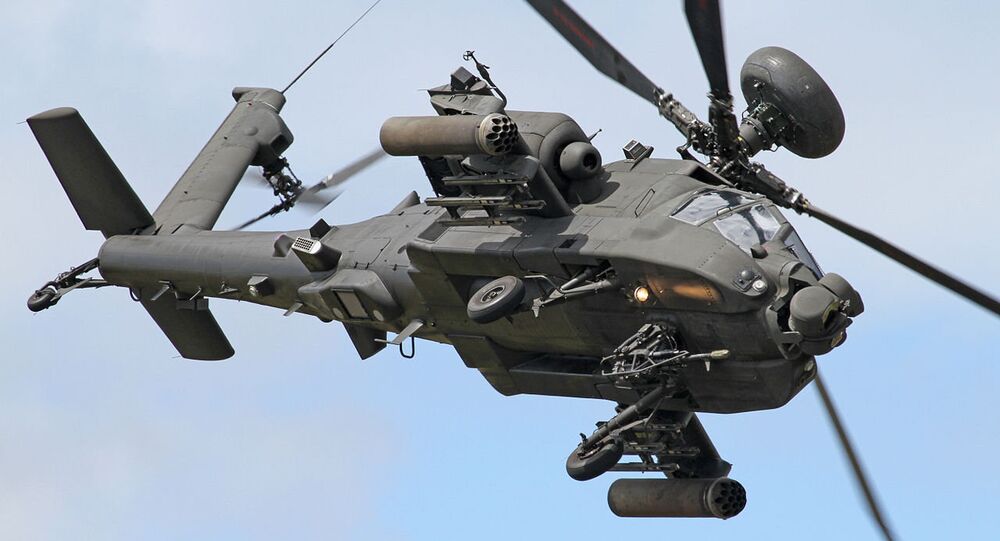 The UK has maintained a presence at a base in the Baltic nation of Estonia some 100 km from the Russian border since April 2017, and is set to lead a series of NATO drills in the country, known as 'Baltic Protector', next month.

Five Apache attack helicopters took off from Wattisham Airfield in Suffolk, England on Monday, heading east to the Amari Airbase in Estonia to join NATO's 'enhanced forward presence' along the alliance's border with Russia.

British Defence Secretary Gavin Williamson, who was on hand at Wattisham to see the helicopters off, called the deployment "really vital" and said "part of the reason" for the deployment is "a very credible threat that we see from Russia," according to Sky News.

© REUTERS / Ints Kalnins
UK Special Forces Spying on Russian Border to 'Monitor Potential Enemy' - Report
"This is about NATO nations standing together in unity as one and you see Great Britain playing the largest role in enhanced forward presence with the largest number of service personnel deployed," Williamson stressed, adding that the UK's Apaches have been "very warmly welcomed by so many nations."

The attack helicopters will spend three months in Estonia, and presumably take part in the upcoming UK-led maritime tactical exercises, amphibious drills, shore landings and naval drills known as 'Baltic Protector' in May.

They will also take part in Estonia's annual Spring Storm drills, according to the UK Defence Ministry.

© Sputnik / Igor Kovalenko
Russia Spotted 27 Foreign Spy Jets Near Its Airspace Over Past Week - Reports
The UK, Canada, Germany and the US lead multinational 'Battle Groups', part of NATO's enhanced Forward Presence (eFP) in Eastern Europe. The UK deployment includes troops from the King's Royal Hussars Armoured Regiment. NATO agreed to the creation of a forward presence in the region in 2016 at a Warsaw summit.

The alliance has beefed up its presence near Russia considerably in the aftermath of the 2014 Ukraine crisis, deploying battle groups, staging major exercises, and deploying reconnaissance aircraft and drones along the border. Moscow has warned that the buildup has led to an increase in tensions, and pointed to risks of accidental escalation amid the concentration of military hardware in the region.