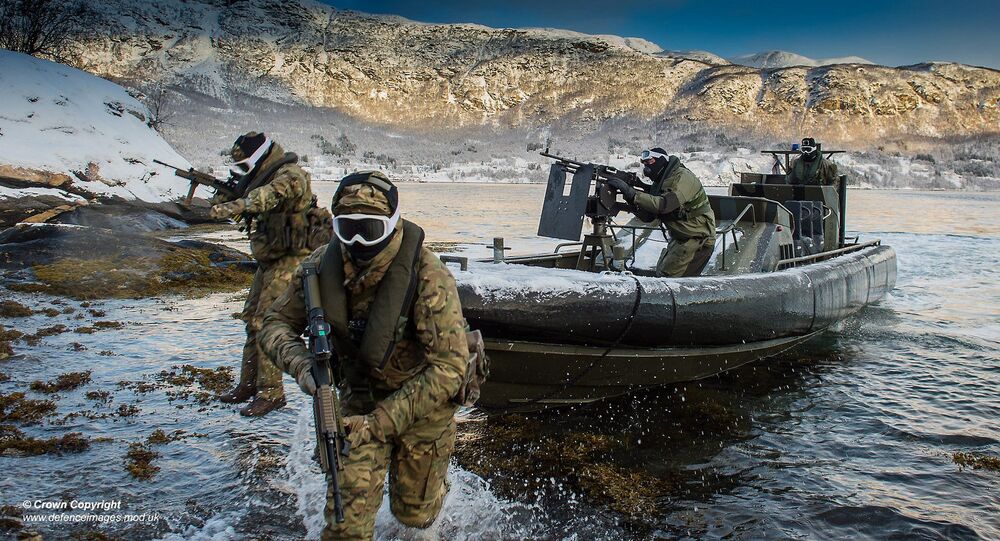 About 3,000 military staff will be involved in the Baltic Protector war game, led by the UK and including Denmark, Estonia, Finland, Latvia, Lithuania, the Netherlands, Norway and Sweden. The JEF builds on many years of experience between the UK and these countries.

According to the UK Defence Minister Gavin Williamson, UK's exit from the European Union elevates the importance of Britain's "unwavering commitment to European security and stability."

Baltic Protector is set to incorporate personnel from the British Army and Royal Air Force in addition to the Royal Navy ships and officers.

"Together, this UK-led Maritime Task Group will conduct a series of demanding amphibious exercises and maritime security patrols across the Baltic Sea that will serve to improve the way we operate together and our readiness to respond to crisis," Commodore James Parkin, Commander of the Task Group.

© REUTERS / Ints Kalnins
NATO to Kick Off Ministerial Marking 70th Anniversary With Russia High on Agenda
Established in 2014 at a NATO summit, the JEF will also work with the Alliance personnel during the deployment.

During 3 April meeting of NATO Ministers of Foreign Affairs, the organization's Secretary General Jens Stoltenberg said key topics at the ministerial will include relations with Russia, counter-terrorism and burden-sharing.

Moscow has repeatedly condemned NATO's military build-up near Russia's borders, including the Baltic region, warning that the alliance's aggressive moves could provoke an escalation.