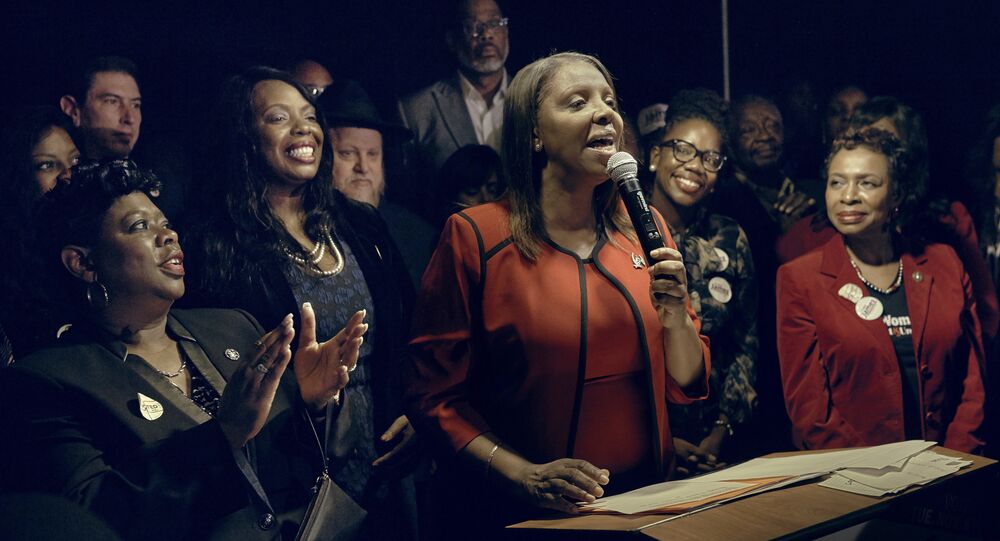 A ‘national emergency’ declared by the White House will see court challenges from New York and California, the two most populated US states, according to reports.

© AFP 2021 / Thomas Kienzle
‘Far Apart’: Chancellor Merkel Wins Applause Confronting US VP Pence – Report
In the wake of US President Donald Trump's move to declare a so-called national emergency as a means of moving cash from various government agencies so that a campaign promise of a physical wall built on the Mexico-US border can be realized, the states of California and New York will go to court to stop him.

Albany and Sacramento on Friday noted that they will bring lawsuits against Trump for his attempt to declare a national emergency; a move the embattled president hopes will allow him to get his hands on billions of dollars so that a wall along the US border with Mexico — long-cherished Trump promise — can be built, according to Reuters.

Trump's declaration of a national emergency — although government and military representatives almost unilaterally acknowledge that no such emergency exists — is seen by Capitol Hill as a means to circumvent Congress.

Following Trump's declaration, New York state Attorney General Letitia James took a belligerent tone to match that of the president, asserting that no declaration would be permitted, according to Reuters.

© Sputnik
Will Inaccuracies in Trump's Border Wall Speech Matter to His Base?
"We will not stand for this abuse of power," James declared, adding that New York would "fight back with every legal tool at our disposal," cited by Nytimes.com.

In a concurrent statement following the Trump decree, California Governor Gavin Newsom noted that the president's national emergency on the Mexico-US border is "made-up," cited by Reuters.

"Our message back to the White House is simple and clear: California will see you in court," Newsom remarked, cited by The Hill.

The beleaguered US president has long sought to fulfill a 2016 campaign promise to build a wall along the southern border of the United States. Trump has long used questionable statistics that are consistently debunked by agencies within his own administration — including the Department of Homeland Security, US Customs and Border Protection and the Pentagon — in attempts to support his claims, according to multiple reports.