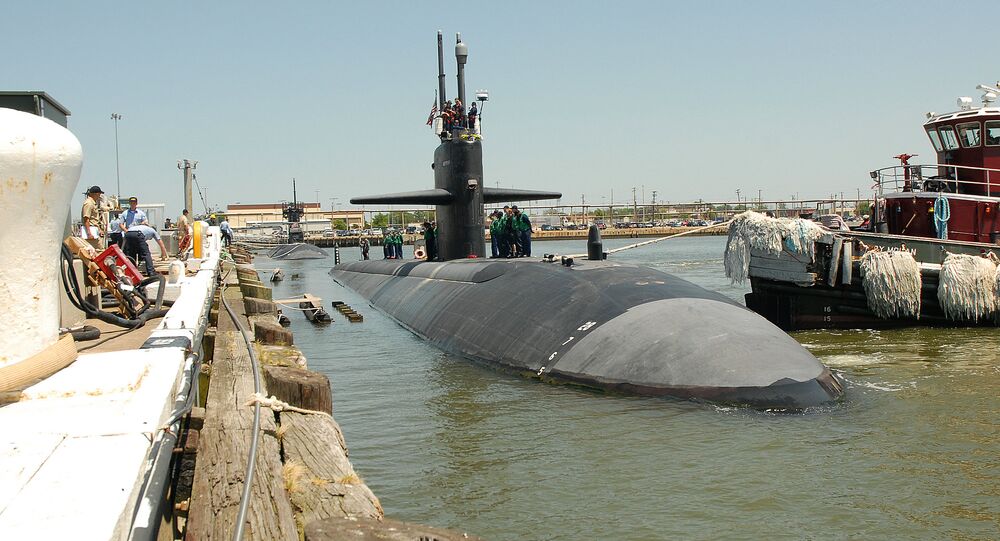 WASHINGTON (Sputnik) - A US Navy Los Angeles-class attack submarine will participate in Submarine Competition (SUBCOMP) conducted by the Japan Maritime Self-Defense Force (JMSDF), US Navy said in a statement.

"In addition to the US submarine, this year’s SUBCOMP will feature several JMSDF submarines, four aircraft wings, an aircraft squadron and five JMSDF ships including the Hyuga-class helicopter destroyer JS Ise", the statement said on Tuesday.

The competition will take place 13-20 February in the waters south of Japan and the top performing crew will be recognized with the Japanese Battle Efficiency Award, the US Navy noted.

SUBCOMP’s goal is to test and evaluate Japanese crews on their ability to conduct various aspects of anti-submarine warfare, the Navy said. During the exercise, a US Navy sonar technician will work with Japanese crew on a JMSDF submarine, the Navy added.

US Navy
Japan to Buy Uninhabited Island for Carrier Aircraft Drills With US – Report
Washington and Tokyo regularly carry out joint military drills. Last October, the US armed forces and their Japanese counterparts have launched a major military exercise to test and improve joint interoperability and combat readiness. Approximately 10,000 service members combined took part in the exercise, according to media reports.

Meanwhile, Japanese residents have long been reportedly opposing the joint military maneuvers due to numerous accidents involving US troops as well as due to overall US military presence in Okinawa.

© AP Photo / Greg Baker
Family of Okinawa Murder Victim Seeks Reparations from US Government
Last year, three US military AH-1 attack helicopters were forced to make emergency landings in Okinawa. In June, the US Air Force F-15 fighter jet, which was assigned to the Kadena US Air Force Base, crashed in the sea 80 kilometers (50 miles) from the city of Naha.

Another serious matter of grievances of Okinawan residents is the US servicemen behavior. In November 2017, a Marine accidentally killed an elderly man while drunk-driving, which resulted into ban on drinking alcohol for US military personnel stationed in Japan. In 2016, an ex-Marine raped and killed a local woman, with a Japanese court sentencing him to life imprisonment in December 2017.

The cases led to a public outcry with tens of thousands people protesting against the US military both in Okinawa and Tokyo.