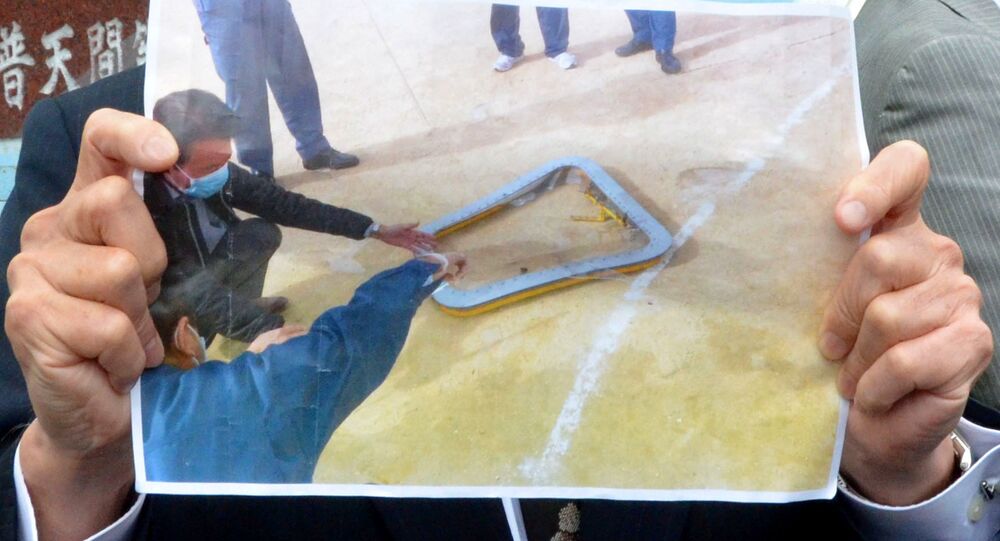 This incident is the latest of many which have compelled the people of Okinawa to demand that the Futenma US military base be relocated from the island to elsewhere in the Asia-Pacific region.

An elementary school student in the southern Japanese city of Ginowan was slightly injured after part of a US military helicopter fell on him, according to the Japanese news network NHK, which reported that the incident took place shortly after 10AM on Wednesday.

30 students were taking part in a gym class in the area when the one-meter part, which looked like the US military helicopter's window, fell into the school sport grounds located near the US military base Futenma in Okinawa prefecture.

NHK cited eyewitnesses as saying that "a US military helicopter was flying over the school at the time." American military officials in turn claimed that it was allegedly the US heavy transport helicopter CH-53.

Right now, Okinawa authorities and police are looking into the details of the incident, which came just a few days after a piece of a US military aircraft reportedly fell out of the sky and landed in the middle of Ginowan City.

The piece looked like a transparent plastic container with a dark red label reading: "Flight," "US," "remove" and "use to reset" printed in English, NHK reported late last week.

Earlier in December, it was reported that Yokota Air Base personnel in Japan discovered that a US C-130J Hercules military cargo plane was missing one of the parts to its aerial flare.

The US maintains about 50,000 military personnel across Japan, with half of those based on Okinawa. Locals have repeatedly demanded that Washington should consider relocating the Futenma base from Okinawa to elsewhere in the Asia Pacific Region.