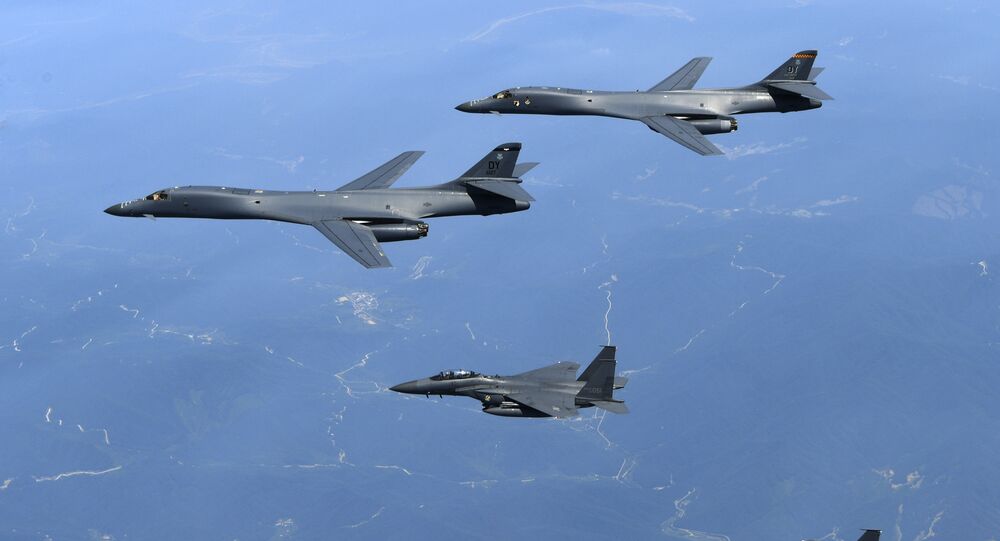 Hours after it was revealed South Korean President Moon Jae-in sanctioned supersonic US B-1B Lancers to fly north of the demilitarized zone off the North Korean coast, a former US general said the Pentagon estimates 20,000 people would be killed per day in South Korea should war break out on the peninsula, CNBC reports.

US President Donald Trump vowed the US would “totally destroy” North Korea in an armed conflict, but the profile of that conflict created by analysts within his own DoD finds it wouldn’t be like the invasion of Iraq or Afghanistan, or the combat operation to remove Muammar Gaddafi from leadership in Libya, where armed opposition to US forces was meek.

"It wouldn’t remotely resemble" those conflicts, retired US Air Force Brig. Gen. Rob Givens told the Los Angeles Times Monday. According to Givens, internal Pentagon forecasts put the death toll at 20,000 per day in South Korea; the figure that does not include casualties inflicted upon North Korea’s population of 27 to 28 million people.

The bombers took off Saturday night and flew further north than any US Air Force warplane has flown since the turn of the century, according to the Pentagon.

"Moon received a briefing about the plan during his stay in New York" where South Korean and US officials reached an agreement about the status of the operation to send the bombers further north, an official from Chong Wa Dae ("The Blue House"), South Korea’s presidential residence, told The Korea Times.

The show of force, which included South Korean F-15 fighter escorts, was intended to demonstrate "US resolve" and communicate "a clear message" that Trump "has many military options to defeat any threat," DoD spokeswoman Dana White said in a statement following the flights.