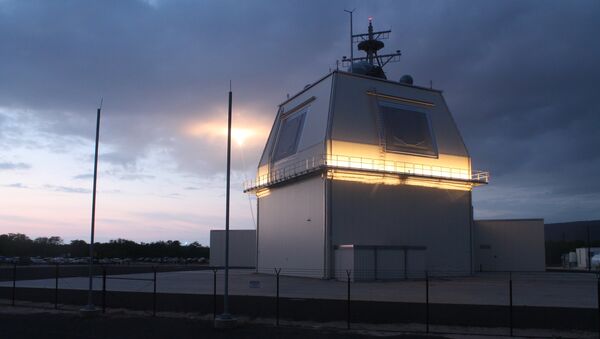 The US State Department stated on Friday that the country’s military defense networks will shoot down a North Korean ballistic missile if it flies over the island territory of Guam, but experts in the field have claimed that the Pentagon is flat-out wrong.

In stating that the US will destroy a Pyongyang ballistic missile carrying a nuclear warhead in mid-air, the Pentagon is not only misleading the public and its own government, it is outright lying, according to military experts with deep knowledge of missile-defense technology.

"No, we won't," counter military experts to claims by the Pentagon that the US may launch and intercept any missiles launched by the People's Democratic Republic of Korea (DPRK).

The United States will have a hard time trying to shoot down DPRK nuclear missiles, a point of view shared by Joe Cirincione, president of Ploughshares Fund, a global security foundation specializing in nuclear weapons, and Kingston Reif, director of Disarmament and Threat Reduction policy at the nonpartisan Arms Control Association.

US to Shoot Down North Korea's Missile if It Flies Over Guam - State Dept
According to both experts, the United States touts its layered missile defense systems, even though almost none are capable of intercepting an ICBM.

When Pyongyang shot a missile over Japan, it flew high enough that no US system would be able to reach it, Cirincione wrote in a report for Defense One.

"The key word here is ‘over.' Like way over," Cirincione wrote. "Like 770 kilometers (475 miles) over Japan at the apogee of its flight path. Neither Japan nor the United States could have intercepted the missile. None of the theater ballistic missile defense weapons in existence can reach that high."

The US missile defense consists of three layers, including the Patriot, THAAD and the Aegis systems. For the sake of simplicity, their ranges can be memorized as 12, 125 and 1350 miles, respectively (thanks to the Business Insider for a nice chart).

However, all three are designed to take down a missile at its final, terminal, stage, while it is falling from the sky toward its target. Despite that the US has reportedly poured some $320 billion into missile defense systems over the last several decades, none of the systems is capable of reaching an ICBM (or even an intermediate-range ballistic missile (IRBM)) in its middle or post-launch stage.

Well, they will take down an ICBM in the terminal stage, right? Wrong, the experts say. While the much-advertised Aegis system, for example, has displayed stellar results in test fires against short-range and medium-range targets, these results must be taken with a heavy dose of salt, according to Reif and Cirincione.

"Only one of those tests has been against an IRBM class target similar to the North's HS-12," Reif told Fox News.

"THAAD, Patriot and especially Aegis, have done fairly well in tests, but these have been tests designed for success, simplified, carefully staged and using mostly short-range targets," Cirincione stated.

Iran Test-Fires New Ballistic Missile With Range of 1,200 Miles - Reports
According to Cirincione, currently the United States has a "50-50 chance" of hitting a missile similar to North Korea's Hwasong-14 while the missile is in flight. And those results are only possible if the DPRK used zero countermeasures, such as decoys (some as simple as a balloon), electronic jammers and chaff.

There is also a little-discussed issue with naval-based Aegis launchers. Despite their flexibility compared to fixed ground-based systems, the ships need to be at precisely the right place at the right time to be capable to intercept a launch, experts say.

Trying to use missiles from Aegis ships "would be a highly demanding task and entail a significant amount of guesswork, as the ships would have to be in the right place at the right time to stop a test at sea," Reif said, cited by Defense One.

There is a US system that is supposed to be the ultimate solution to the ICBM threat — well, at least sort of — called "Ground-Based Midcourse Defense," or GMD, according to the experts. This system, which has already cost the US some $40 billion, is claimed to be able to shoot down ICBMS at their highest point, at ranges up to 3,500 miles.

According to the experts, "claimed to be able" does not equal "guaranteed to work."

"The only system designed to defend the US homeland, known as the [GMD], has suffered from numerous technical and engineering problems, and testing in controlled conditions has not demonstrated that it can provide a reliable defense against even a small number of unsophisticated ICBMs," Reif said.

"The success rate of the GMD systems in flight intercept tests has been dismal," Cirincione quoted Philip Coyle, former director of operational testing for the Pentagon, as saying.

Cirincione also quotes the former head of the Missile Defense Agency, retired Lt. Gen. Trey Obering, saying that the chances of successfully hitting an ICBM with a GMD are "as good as coin toss."

World
Kim, Trump 'Kindergarten' Name Calling Brings Rest of World Together
Top US officials, including President Donald Trump and his defense minister General Jim Mattis, claim that the Pentagon has the situation under control and can deal with any nuclear threat, giving US citizens a false feeling of safety. Neither the US mainland, Japan or South Korea are in any way protected by US missile defense technology from a DPRK nuclear strike.

Thomas Karako, senior fellow and director of the Missile Defense Project at the Center for Strategic and International Studies, said in an interview with Fox News that "North Korea has hundreds of missiles, [and] the THAAD battery is not there to defend the entire peninsula. […] This is not about having a perfect shield and sitting there and playing catch."

According to Karko, THAAD has been deployed in South Korea not to provide protection for the 25 million population of the country, but to "buy time for a military counterstrike."

The top US brass, repeating words of confidence over and over again, may trick themselves into believing their own words, according to Reif.

"Misplaced overconfidence in missile defense could prompt US leaders to think that we can escalate in response to North Korean provocations without having to worry about a potential North Korean nuclear response," Reif warned.

"This would greatly increase the risk of conflict on the Korean Peninsula," he added.