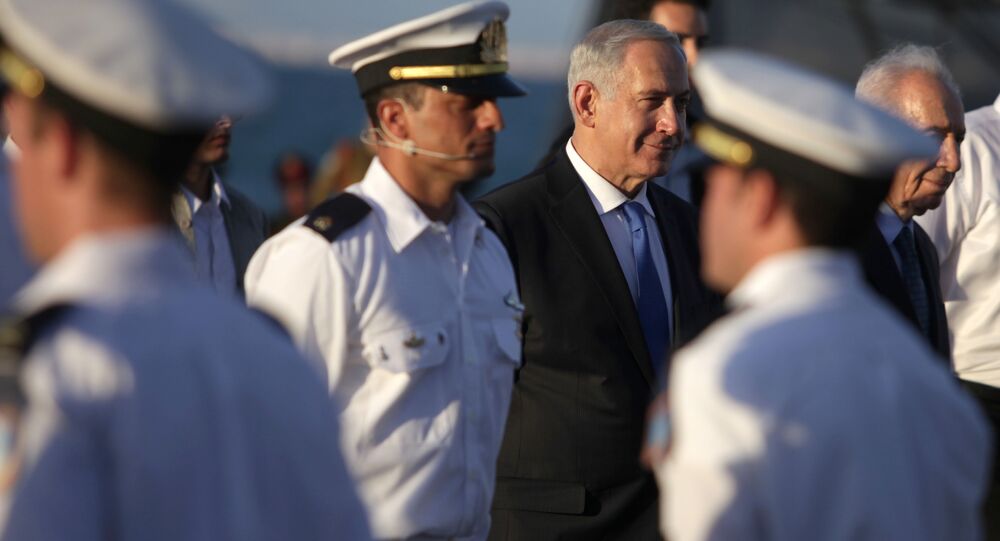 Like the submarines and ships involved, it is a scandal that continues to send shock waves through Israel's political and security establishment. The probe into Tel Aviv's multi-million-dollar purchases of naval vessels from Germany - also known as Case 3000 - has now taken another dramatic twist.

A former Israel minister and the former deputy head national security adviser, Avriel Bar-Yosef, have been questioned on September 4, 2017, in connection with alleged financial illegalities. It later emerged that a political media adviser of a sitting minister has also been quizzed.

© AFP 2020 / CHRISTIAN CHARISIUS / DPA
Germany Postpones Submarines Sales Deal With Israel Due to Corruption Probe
A court ordered him to remain in detention for five days. Detained also for questioning on the same day were former Israel Navy commander Eliezer Marom as well as an unnamed retired rear admiral in the navy who is suspected of fraud, taking a bribe and breach of trust and at least two media advisers, also unnamed.

The media advisers, who were detained while on their way to Ben-Gurion International Airport, are suspected of aiding in the commission of a bribery offense and obstruction of justice.

The 'submarine affair' involves allegations of bribery in a deal to purchase three submarines and a number of ships to protect offshore deep-sea drilling gas platforms from Germany, at a total cost of around 1.5 billion euros (US$17.8 billion). The signing of a memorandum on the sale of three submarines from the German ThyssenKrupp company was postponed indefinitely in July 2017.

It is understood the investigation of the former minister revolves, among other things, around talks between Israel and a South Korean company regarding the purchase of ships although no order was ever placed. All the arrests are believed to have resulted from information provided to the police by state witness Miki Ganor, a retired naval captain, who acted as a representative of the German industrial firm in Israel. He was the middleman in many of the largest arms deals in recent years between Israel and Germany.

In July, he signed a state's witness arrangement with Israel's justice ministry, agreeing to serve a reduced sentence of a year in prison and to pay a 10 million shekel (US$2.8 million) fine in return for disclosing information.

Sharan is suspected of taking bribes, fraud and breach of trust, as well as conspiring to commit a crime. However it is understood police are keen to encourage him to become a state witness. The Rishon LeZion Magistrates' Court extended his arrest to allow investigators from Israel Police's Lahav 433 unit to continue to quiz him as they believe he has information critical to the whole affair.Among the six arrested was a former commander in the elite Shayetet 13 naval commando unit.

His lawyer claimed in court his client had no connection to the alleged corruption being investigated. He was arrested because he sought to start a business with Ganor although this subsequently fell through. Police seized computers and phones from the naval commander's home while he remains in custody.

Another one of the suspects arrested was strategic adviser Nati Mor, who is said to have attributed alleged bribes and the transfer of money to a public servant. Tzachi Lieber, Mor's business partner, is also suspected of mediation in bribery, conspiring to commit a crime and obstruction of justice.

Police officers investigating the case seized an external hard drive, an iPad, invoices and documents as part of the case. Arrested also at the same time is an attorney suspected of mediation in bribery, falsifying corporate documents, conspiring to commit a crime and money laundry.

Another suspect — named by Israeli Channel 2 — in the affair is former deputy national security adviser, Atalia Rosenbaum, having been questioned earlier by police.

She has been released under restrictive conditions, having been suspected of leaking information to Ganor from the National Security Council's discussions.

Retired Brigadier General Bar Yosef — appointed by the Prime Minister as the country's National Security Adviser in February — had been arrested earlier over alleged offenses of bribery, money laundering, fraud and breach of trust. It is claimed he used his position to advance the business of a German tycoon in return for bribes transferred to him or his family by way of personal favors. He was questioned by police as part of the submarine affair several months ago and later put on house arrest. Although details of his testimony have not been divulged, so far, a senior police official said Ganor has provided them with tapes and text messages. "He's giving us excellent material," he said.

Ganor allegedly told investigators that in a bid to win the submarine, patrol ships and ammonia factory tenders, he signed fictitious agreements with strategic advisers worth hundreds of thousands of shekels that eventually flowed, as bribes, into Sharan's pockets. His testimony has raised suspicions that he sought to ensure his appointment using the connection he made with Sharan. He claims adviser David Shimron, the prime minister's personal attorney, was set to receive commission estimated to total US$10 million to push through the decision to purchase the submarines.