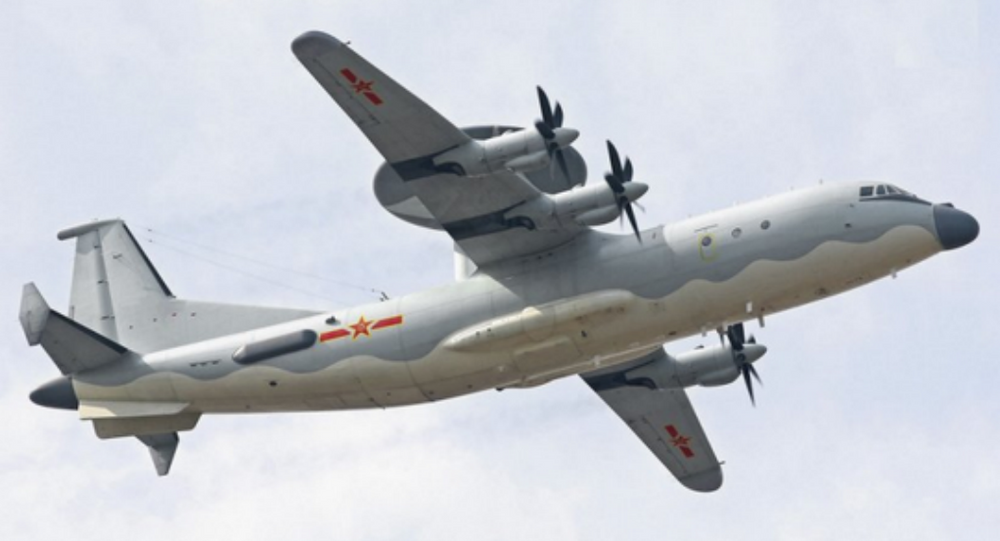 China has extended its surveillance and monitoring operations to include the deployment of a new early warning system- and radar-equipped aircraft.

The KJ-500 recently took off joined older patrol aircraft at the Jialaishi Air Base on Hainan Island, the southernmost province of China that sits prominently in the disputed South China Sea, according to satellite image from DigitalGlobe.

The KJ-500 can monitor the movements of up to 60 planes within a 470 kilometer radius of the plane, according to the Shaanxi Aircraft Corporation. Like the J-20’s comparisons to the F-35, the KJ-500 reportedly looks an awful lot like a replica of US early-warning aircraft because of how the radar dome is mounted atop the plane’s fuselage.

This radar can be used for surveillance, reconnaissance, and general intelligence gathering, according to the plane’s manufacture. This capability may become more useful in the South China Sea where many nations claim ancestral or territorial right to different islets, reefs, and coral shelves.

The plane’s deployment to the air base in Hainan marks its first, Defense News reported. The images have just been released, but records show that the landing of the KJ-500 dates to late March.

The US has not taken sides on territorial disputes between China, the Philippines, and Taiwan, even though the Philippines is a military ally, the CFR said. US Secretary of State called China’s island building in the Spratly archipelago an “illegal taking of disputed areas without regard for international norms.”

In July 2016, the international tribunal at The Hague ruled that Beijing did not have legitimate claims over islands in the Spratlys while rebuffing artificial island construction, Sputnik reported.

Global Leaders That Have Endorsed China's One Belt, One Road Initiative