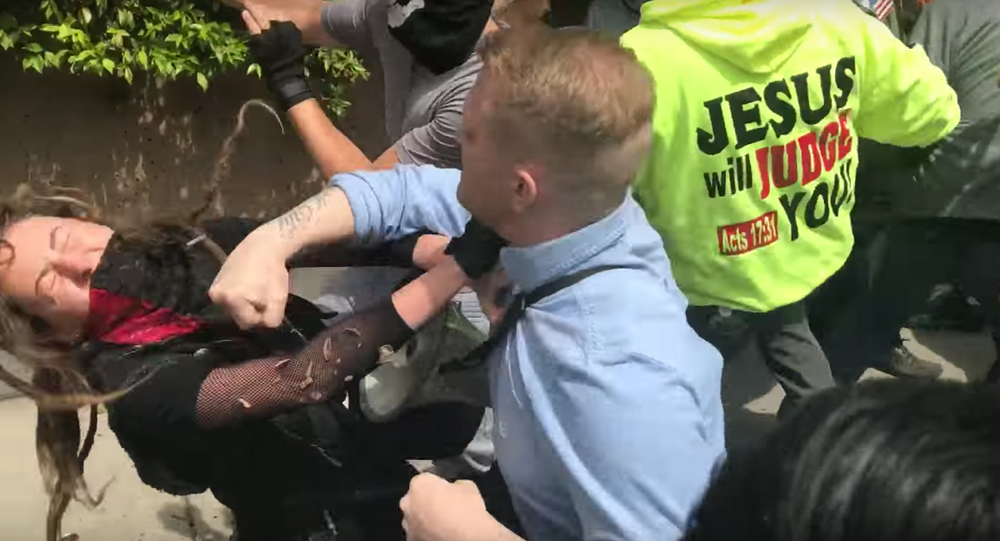 In a story sure to anger veterans, feminists and anyone who believes that a fight should be fair, a white male fundamentalist identified as a US veteran has been recorded violently punching an unarmed woman at a protest event, and then running away.

Reported to be allied with a white nationalist group, a man said to be Iraq War veteran Nathan Damigo was captured on video as he ran up to a woman at a protest event in Berkeley, California, quickly lashing out at her with his right fist, and felling her instantly. He then turns from the camera and sprints away.

Video posted showing the assault has gone viral, leading to calls for Damigo's arrest, according to Raw Story.

While it is unknown what sparked Damigo's choice of people to punch, it is known that he not only served in the Iraq War, but also did five years in prison for armed robbery. According to the Southern Poverty Law Center, Damigo reportedly pulled a gun on a cab driver that he mistakenly believed to be Iraqi, resulting in his arrest and sentencing.

Reports say that Damigo is currently unemployed and lives in a family compound in the small town of Oakdale, California, in the foothills of the Sierra-Nevada mountain range.

The protest at Berkeley was part of a much larger April 15 nationwide anti-Trump action to encourage the unwilling US president to release his tax returns, as all US presidents since Nixon have done, in a show of financial transparency.