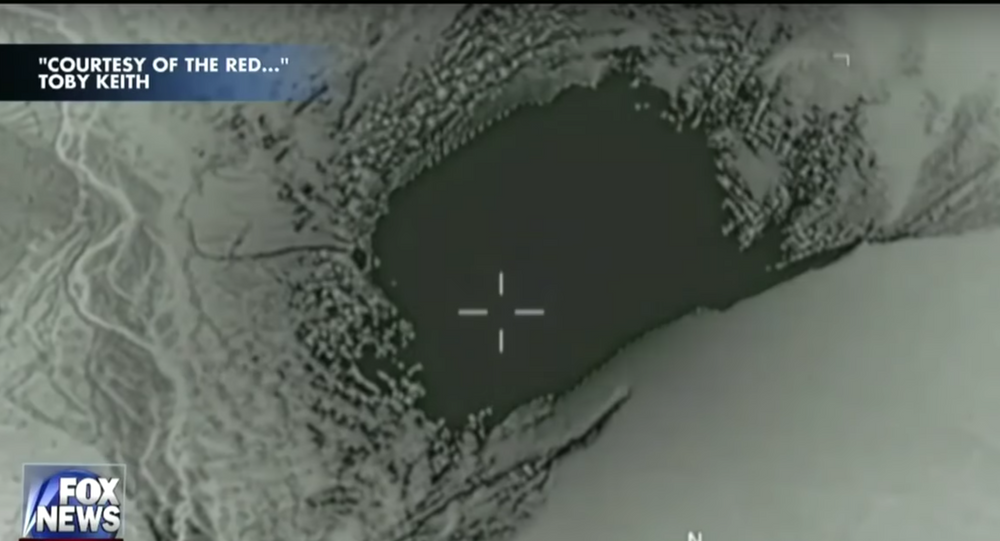 Identifying America’s love of violence and the endless ways that organizations profit from its use is a sucker’s game, at best, but Fox News, always there to remind you of why we fight, has held up its end of the bargain with a new celebration of death -- this time trumped up as a music video.

On Thursday the Trump administration, seen to be releasing the reigns on the US military, dropped the largest non-nuclear bomb in America's considerable arsenal in a remote area of Afghanistan, for the sake of killing less than 40 supposed terrorists.

Named MOAB, for Massive Ordnance Air Blast (or, popularly, Mother of all Bombs), the ten-ton explosive, one of only 15 built to date, was tested for the first time in a real-world setting. In using the fantastically-destructive weapon, Washington is claiming that it seeks to end the existence of Daesh in Afghanistan.

The enormous bomb, with a yield equivalent to 11 tons of TNT, detonated successfully, killing, it is estimated, some 40 extremists, as well as an as-yet-undetermined number of civilians, according to Think Progess.

While the event was reported world-wide, including by Sputnik, Fox News took it to another level by turning the killings into a celebration which included stirring patriotic music.

The Fox News hosts traded quips about the deadly event, and showed a black and white surveillance video of the detonation several times, while playing jumped-up American pop music with a pounding beat and simple lyrics that call for killing as an act of revenge.

Under the administration of US President Donald Trump, now in only its third month, civilian casualties are rising quickly as a result of rapidly-increasing US military involvement in the Middle East.

The MOAB bomb crater may never reveal how many civilians have been killed, as the power of the blast can obliterate all organic matter within up to a square mile.

But that is not the only use of deadly force in the region by an ever-more destructive US military machine.

On the same day as the Pentagon sent the MOAB on its first foray into the real world, the US-led coalition in Syria bombed and killed at least 18 soldiers allied with the force, in what the Washington Post has termed the "worst confirmed friendly-fire incident" to date against Daesh.

In March, a US friendly-fire incident resulted in the death of at least 200 civilians in Mosul, just after two other accidental bombings by US forces killed an undetermined number of civilians outside the war-torn city.

Adding to that tally is the first incursion by US forces into Yemen since the new president was inaugurated, which saw the death of a Navy SEAL alongside the killings of at least 23 Yemeni civilians, including many children.

Freely taking credit for the sudden rise in collateral deaths in the Middle East, Trump has stated that he has given the Pentagon what he terms "total authorization," adding, " that's why they have been so successful lately."

In making a celebratory music video to mark the wartime detonation of the largest non-nuclear weapon in America's arsenal, Fox News gleefully seeks to bolster that part of human nature that we all would like to go away.