Daesh took to social media recently to show off a new drone, bragging that the terror group has an air force.

While Daesh’s drones lack the firepower of a Northrop Grumman RQ-4 Global Hawk, attaching IEDs to an unmanned aerial device indicates a level of lethality beyond surveillance. One scheme involves dropping IEDs on groups of civilians, waiting for first-responders and emergency crews to arrive on the scene, and then sending in a suicide car bomber to wreak even more destruction, according to Bridget Johnson, terrorism fellow at the Haym Salomon Center.

Maj. Gen. Gary Volesky, US commander of the 101st Airborne Division, pointed to the drones as "commercial, off-the-shelf-kinds of things," noting that Daesh unmanned aerial vehicles are "clearly" not of the same capacity nor capability as drones used by the US-led coalition. 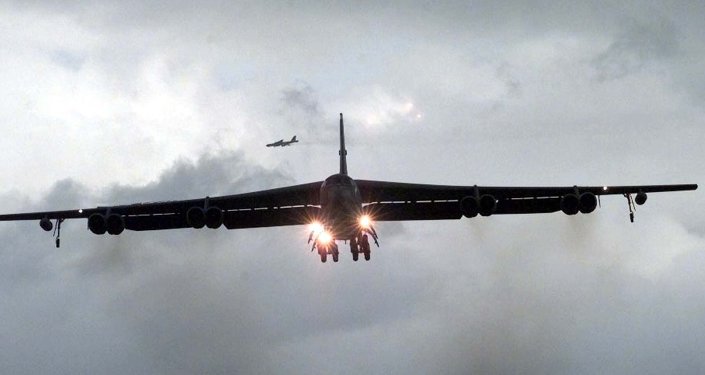 In October 2016, the US Air Force downed a Daesh-controlled drone that killed four civilians. Air Force secretary Deborah Lee James noted at the time that "a top priority for me" is the "emerging danger" posed by unmanned aerial systems in the Middle East. "These cheap, buy-them-over-the-internet, small drones and if explosives are placed on them…they can do damage," James said.

One counter-drone technique employed by the US-led coalition against Daesh rests in the US Navy’s laser weapon systems, which have been touted for presenting “an extremely low cost-per-engagement” with enemy targets.

Daesh can obtain drones, according to Russian UAV expert Denis Fedutinov, by acquiring the devices commercially, such as a Chinese-made X-UAV. The jihadists have also been known to seize small UAVs transferred from the US to Iraq at the time Washington was providing Baghdad with military and technical assistance. Terrorists have acquired many pieces of military hardware in this fashion, he said, and drones are no different.

Lastly, he proposed that "Daesh could be carrying out its own research into UAVs. We are speaking only about reconnaissance and fire adjustment," Fedutinov said, adding, "I think that these projects resemble amateur aeromodelling communities."