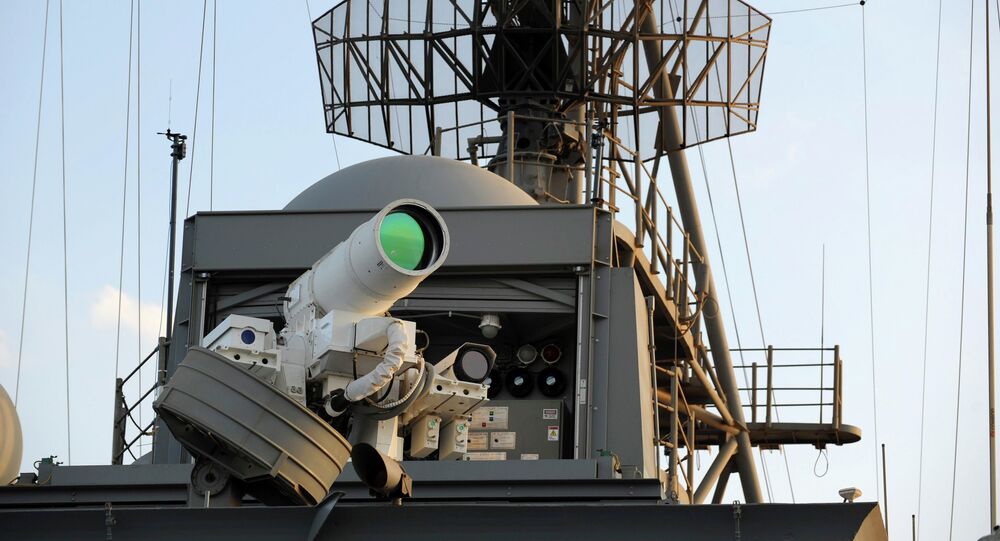 After unveiling a 30-kilowatt (kW) laser weapon in 2014, the US Navy is poised to demonstrate a next-generation directed-energy laser weapon that is much more powerful.

Testing of a 150-kW laser weapon could happen within the next 12 months, Rear Admiral Ronald Boxall said at the Surface Naval Association national symposium in northern Virginia. After deploying the futuristic weapon on a test ship, "then, a year later, we’ll have that on a carrier or a destroyer or both," Boxall said.

The Navy has used a 30-kW laser weapon system aboard the USS Ponce during patrols of the Persian gulf, and it has proven especially useful in taking down enemy drones. Check out a video of the 30-kW laser.

Pushing the boundaries of technological development, the operation of a  laser weapon presents challenges, as supplying the appropriate amount of power has proven to be difficult. A laser weapon requires approximately three times the energy, some 450 kW, to fire a 150-kW beam, according to Donald Klick, director of business development at DRS Power and Control Technologies.

"Naval ships, especially older platforms, were not built to deliver the power necessary to sustain use of a high-powered laser," according to a 2014 Naval Postgraduate School essay by Jeremy Sylvester. "Some form of energy storage will be needed" for vessels unable to accommodate the demands of a "pulsed load on the order of hundreds of kilowatts," the paper noted.

An "energy magazine" to store power for on-demand use by a laser weapon could be comprised of capacitors, rechargeable batteries, or flywheels, according to Sylvester. Ideally, the service would like to be able to recharge a laser’s energy reserves almost instantaneously, thus providing the capability to fire the laser indefinitely, assuming the ship still has fuel.

But for now, such an energy source is a prospect that belongs only to the future. DRS Power and Control Technologies, one of the firms developing the technology, purports to have a system capable of "well over 100 shots" before requiring a recharge, Klick said.

One especially attractive feature of the lasers rests in their "extremely low cost-per-engagement ratio," a senior Navy official said in 2014.

US Coast Guard Crew in Washington State Hit by Laser