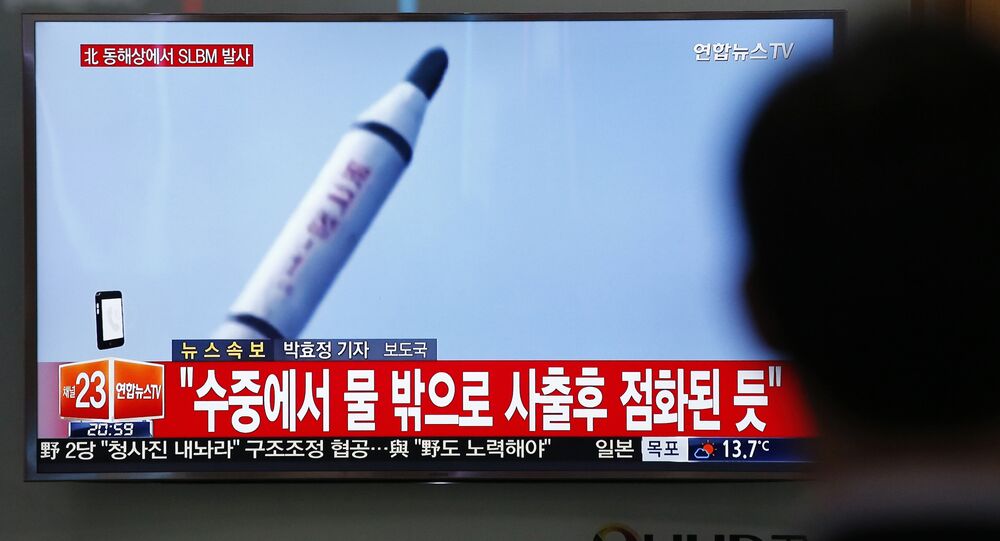 North Korea could conduct a test of an intercontinental ballistic missile (ICBM) in February, Cheong Seong-Chang, Director of the Department of Unification Strategy Studies at the Sejong Institute, told Sputnik, commenting on recent reports that Pyongyang appears to be getting ready for a display of its military might.

"Taking into account Pyongyang's rhetoric and its estimated technological capabilities, it can be safely assumed that [North Korea] will test launch an ICBM in mid-February. The trials will be timed to coincide with the commemoration of the 75th anniversary of Kim Jong-il's birth on February 16," he explained.

© REUTERS / KCNA
North Korea Threatens to ‘Pour Further Misery’ on US and Trump Administration
Last week, reports emerged that North Korea placed two missiles on mobile launchers. The weapons were said to be shorter than the ICBMs in Pyongyang's arsenal. This information has not been confirmed, but the United States said that the reclusive nation appeared to be gearing up for a ballistic missile test.

Cheong Seong-Chang suggested that South Korea and Washington were limited in their ability to deal with North Korea's nuclear program or its missile development initiative.

"The United States does not have detailed information on exact locations and the number of North Korea's nuclear weapons," the analyst said. "This is why carrying out surgical strikes or conducting special operations is highly unlikely."

© AP Photo / Ahn Young-joon
North Korea Aims to Complete New Ballistic Missile Development by 2018
Earlier this month, a former North Korean official told the Yonhap news agency that Pyongyang was planning to develop an ICBM capable of reaching the United States by late 2017 or early 2018. South Korean defense officials maintain that the North does not have ICMB capabilities yet.

In his New Year's message, North Korean leader Kim Jong-un said that his country had almost finished developing a long-range nuclear missile and was preparing to test it.