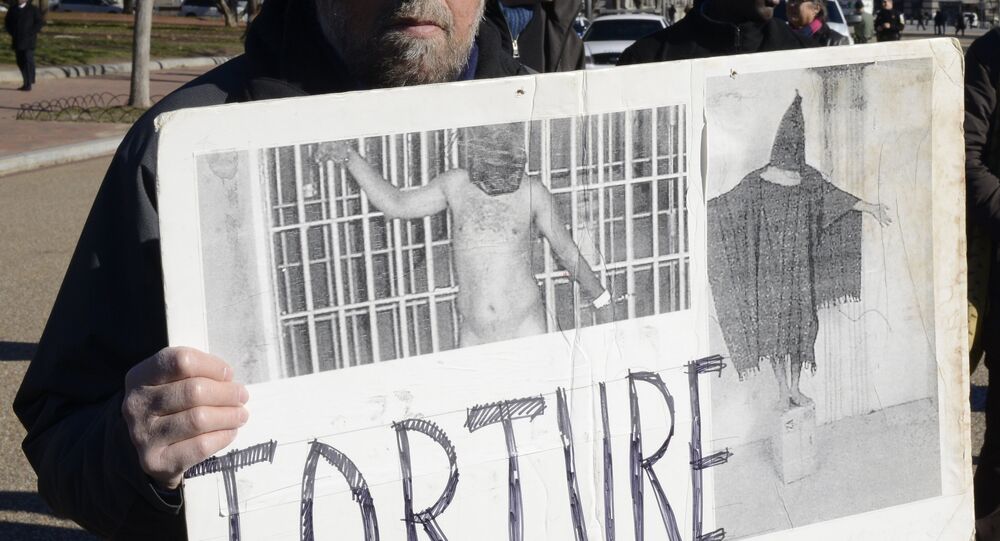 A 60-year-old former CIA officer who was on vacation at the time the US spy agency abducted an innocent man in Italy may be the only person to face prison time for the American torture regime.

On Wednesday, former CIA spy Sabrina De Sousa will be handed over to Italian authorities to serve a prison sentence for her role in helping to seize a terror suspect 13 years ago.

In February 2003, Egyptian cleric and terror suspect Abu Omar was abducted from the streets of Milan as part of the CIA’s extraordinary rendition program. On the day in question, De Sousa was on vacation with her son on the ski slopes of Northern Italy over 185 miles (300 kilometers) away.

Despite witnesses substantiating the retired CIA officer’s alibi, she, along with 25 other American intelligence officials, were convicted by an Italian court in absentia. De Sousa now faces a four-year prison sentence for her purported role in the kidnapping of Abu Omar, which she claims ignorance of.

None of the other 25 Americans convicted served time for their alleged involvement in the abduction, with De Sousa being the first CIA officer handed over to Italian authorities. It remains unclear whether the former CIA agent would immediately face prison time or whether she might receive a new trial, given that the original conviction was in absentia.

The 60-year-old De Sousa left the CIA in 2009 and currently resides in Portugal. In 2015, she was detained at Lisbon airport on a European arrest warrant, but was quickly released. However, last month Portugal’s highest court ordered the extradition of the former CIA agent to Italy, placing her freedom in peril.

De Sousa admits knowing about and being involved in the broader extraordinary rendition program under which Abu Omar suffered torture at the hands of US and Egyptian officials. De Sousa argues that she carried out orders in good faith and decries the US government’s unwillingness to intervene in the matter, claiming that it amounts to abandoning a CIA officer to foreign prosecutors.

Nonetheless, De Sousa accepts her fate under Italian law, saying that the United States "broke the law and we are paying for it now."

In a twist of fate, it is the abducted Islamic cleric Abu Omar who now seeks leniency on behalf of De Sousa and the 25 other Americans who were convicted, in an interview last week with British newspaper The Guardian.

"Sabrina and the others who were convicted are scapegoats. The US administration sacrificed them. All of those higher up in the hierarchy are enjoying their immunity, but those people higher up should be convicted in this case. They should face trial," said Abu Omar.

On Tuesday, Loud & Clear’s Brian Becker sat down with former CIA analyst John Kiriakou to speak about the extradition of Sabrina De Sousa. Notably, Kiriakou was the only US official to go to prison in connection with the CIA’s foreign interrogation programs at Gitmo and Abu Ghraib, by means of an extraordinary rendition, after he leaked documents revealing the extent of the US torture program.

​Abu Omar was the wrong guy and now Sabrina De Sousa is the sacrificial lamb.

Kiriakou explained that Abu Omar was abducted from the streets of Milan and renditioned to Egypt to undergo "Egyptian style interrogation methods" which the former CIA analyst suggests amounts to "bald-faced torture."

"Unfortunately, Abu Omar was the wrong guy, which happened a lot in CIA operations in the last decade," said Kiriakou. "There were a lot of kidnappings of innocent people who happened to be the wrong person, people who may have, like Abu Omar, made fiery sermons after Friday prayers, but had nothing to do with terrorism."

"The Italian government investigated the case and identified two dozen CIA officers who made a major mistake," explained the former CIA analyst. "They traveled to Italy in alias but then used their hotel phones to call their spouses back in the US. The Italians were able to track the calls and identify everyone involved in the operations."

"Miss De Sousa appears to be the fall guy in this entire episode," remarked Kiriakou. "The CIA, for whatever reason, elected to not invoke diplomatic immunity for the agents. Some were convicted but successfully appealed to the Italian government for a pardon, but for some reason De Sousa did not get immunity or a pardon."

Can't Stop Me Now: 'Republicans Are Unable to Stop Trump at This Point'