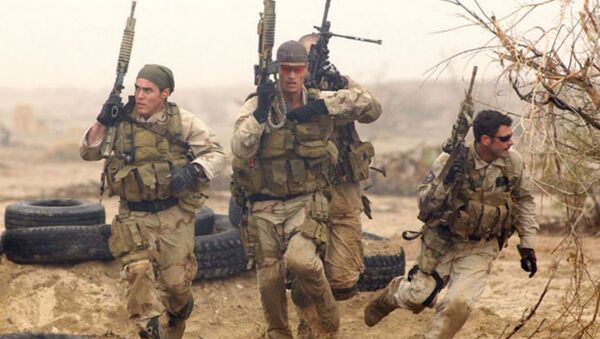 On Wednesday, Defense Secretary Ashton Carter announced that the US-led anti-Daesh alliance agreed to redouble its efforts to combat the extremist group in the wake of the combat death of a US Navy SEAL in Iraq on Tuesday. The remarks followed talks in Germany that included defense ministers representing 11 other countries engaged in the fight against Daesh.

Carter warned coalition members, including France, Britain, and Germany, that challenges lay ahead on the road to defeating Daesh extremism, before commenting on the death of Petty Officer First Class Charles Keating IV of Arizona, the Navy SEAL slain by the jihadists in Northern Iraq.

"These risks will continue, but allowing Daesh safe haven would carry greater risk for us all," said Carter. "We also agreed that all of our friends and allies across the counter-Daesh coalition can and must do more as well, both to confront Daesh in Iraq and Syria and its metastases elsewhere."

The 31-year-old Navy SEAL is the third American killed in combat since the US-led coalition launched a campaign in 2014 to "degrade and destroy" Daesh. Keating trained and assisted Iraqi Peshmerga forces combating Islamist militants north of the Iraqi city of Mosul.

"That part of the Peshmerga front came under attack and they found themselves in a firefight," said Carter, explaining the circumstances of the American soldier’s death.

On Wednesday, a Pentagon spokesperson reported that the Navy SEAL was part of a "quick reaction force" called in by American advisers. The statement seemingly conflicts with prior US military assurances that American forces are not engaged in combat missions against Daesh, but are instead on the ground to advise and train Iraqi and Kurdish forces combating the militants.

Nonetheless, in April the Obama administration announced two separate troop deployments to the region – 200 military advisers to Iraq and 250 special operations forces to Syria – in a bid to attract more Iraqis and Syrians to combat Daesh.

The situation in Iraq continues to attract attention, with recent reports that the US troop presence in Iraq exceeds the limit set forth in the Status of Forces Agreement. Pentagon officials claim that the US remains in compliance with the agreement, arguing that 'temporary' troops do not apply to the total.

In fact, Iraq may need all the help it can get in the coming months with a growing onslaught by Wahhabi Sunni Daesh extremists in the north creating a vacuum for the infamous hardline Shi’ite Muslim Mahdi Army led by Muqtada al-Sadr, seeking to overrun the country’s moderate Shia leadership.

As the region descends into another round of sectarian violence, Arizonans and all Americans mourn the loss of one of their soldiers, a man bearing a controversial name.

The Navy SEAL’s grandfather and namesake, Charles Keating II, became a household name in the 1980s for masterminding the "Savings and Loan" scandal – a prelude to the 2008 US mortgage meltdown. Notably, Keating made campaign contributions to five US Senators in return for regulatory interventions enabling the businessman to defraud 23,000 customers of over $3 billion. One of those disgraced US Senators, Arizona’s John McCain, narrowly avoided criminal prosecution over the legal bribery.

Charles Keating IV, known since his high school days simply as "Keating," or "Charlie," made a name of his own, free of controversy. Prior to serving as a Navy SEAL, Keating was a standout high school track athlete at Phoenix’s Arcadia High School, notably running the 1,600 meter course in 4:20 making him the fastest miler in the state in 2004.