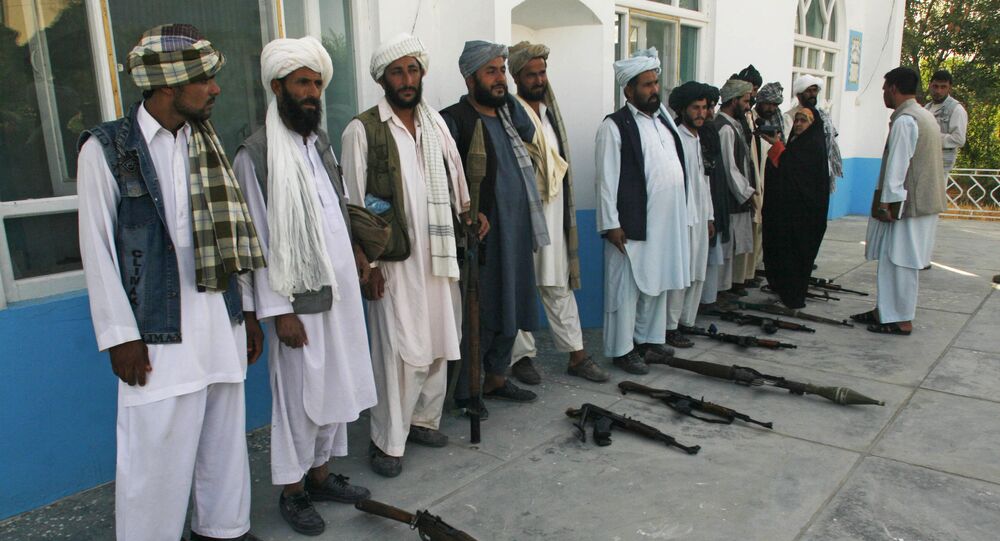 WASHINGTON (Sputnik) - The so-called extended Troika on peaceful settlement in Afghanistan - the United States, Russia, China and Pakistan - in a joint statement on Friday expressed hope that the Taliban will prevent terrorist groups from using Afghan territory to threaten the security of other countries.

Earlier in the day, the extended Troika met in Doha, Qatar, with representatives from the Afghan government and the opposition Taliban movement to support peace negotiations and help the parties reach a settlement.

“We expect the Taliban to fulfill its counterterrorism commitments, including preventing terrorist groups and individuals from using Afghan soil to threaten the security of any other country; not hosting these groups and preventing them from recruiting, training, and fundraising,” the statement said.

The extended Troika also called on the Afghan government to engage openly with the Taliban counterparts on a negotiated settlement in the Islamic Republic.

"We urge the Government of the Islamic Republic and the High Council for National Reconciliation to engage openly with their Taliban counterparts regarding a negotiated settlement," the statement said.

The special representatives of the extended Troika countries gathered in an attempt to revive the intra-Afghan peace talks and find a compromise ahead of the failed May 1 deadline set in the Trump-era deal with the Taliban.

Earlier in the week, the White House announced that the country began pulling out its troops from Afghanistan. The US and NATO forces are expected to be out of Afghanistan by September 11.

The Taliban have warned that they will not participate in any talks until US forces leave the country, threatening to abandon the non-aggression clause against US forces starting May 1.