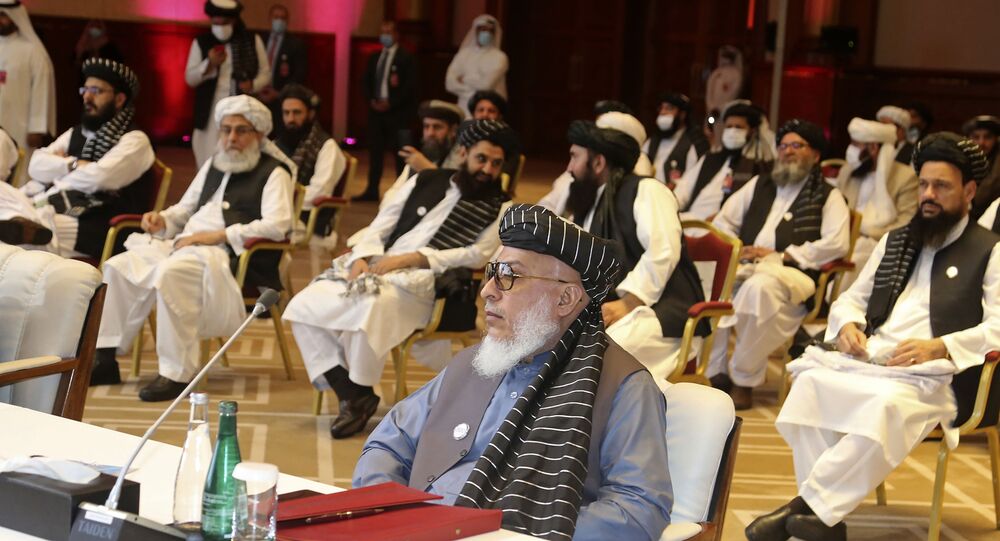 We’ve been in Afghanistan 20 years, Joe Biden’s generals told him. All we need is a little more time. The president overruled them, ordering a complete withdrawal of American troops by September 11th.

Madiha Afzal and Michael O’Hanlon of the Brookings Institution articulate the opposition to Biden’s decision to call it quits. Remove the US occupation forces that have maintained stability, they worry, and civil war will soon follow, culminating in the overthrow of the US-backed government in Kabul and the return of the Taliban*. They think it will be the late 1990s all over again: women back under burqas, stonings, 14th century Islam providing a safe haven for anti-Western terrorist groups like Al Qaeda.

“The most likely outcome of any quick troop exit this year is very ugly, including ethnic cleansing, mass slaughter, and the ultimate dismemberment of the country,” Ms. Afzal and Mr. O’Hanlon write in USA Today. “No one can see the future, of course, but this type of outcome seems much more likely than any smooth transition to a new government run by a kinder, gentler, more moderate Taliban.” They urge a slower long-term drawdown.

© CC BY 2.0 / The U.S. Army / afghanistan
US Troop Withdrawal May Disrupt CIA Network in Afghanistan, Media Claims
I’m not clairvoyant. Yet I did foresee that the US would follow the British and Soviet armies and meet defeat in the Hindu Kush: “We’ve lost this war, not because they’re good or we’re not, but because of who we are,” I wrote from Afghanistan in December 2001, where I worked as an unembedded reporter for The Village Voice. “The American Empire can’t spend the bodies or the time or the cash to fix this crazyass place, because in the final analysis, election-year W. was right—we’re not nation builders.”

Unlike the Brookings authors I’m more optimistic about Afghanistan without US occupation forces than with them. First, whatever stability the U.S. and its allies have brought to Afghanistan is as artificial as the finger of the Dutch boy plugging the hole in the dike. The rural-based Taliban are like the sea, an inevitable force waiting to pour in. Whether or not we care for the end result, we can’t forestall the inevitability of a people’s self-determination at the cost of American and Afghan lives.

More importantly, the coalition presence has changed Afghanistan forever. When the Taliban ran most of the nation from 1996 to 2001, their draconian measures satisfied a desperate need for security in a place overridden with banditry, opium trafficking and addiction. Infrastructure was nonexistent: no phones, no electricity, no paved roads, no central monetary system. Afghans asked me to take their photos with my digital camera because no owned a mirror; this was the first time in their lives they could see themselves.

Though security remains an issue, the coalition has built roads and highways throughout the country. We haven’t built a nation. But we have installed stuff. Cellphone service is more reliable and affordable than in the U.S. Cities like Kabul, Mazar-i-Sharif and Herat are bursting at the seams with new construction. Access to the Internet is widespread in urban areas. Mineral and oil reserves, previously untapped due to lack of capital investment, are beginning to come online thanks to China and other countries.

Two decades of occupation have changed culture in surprising ways. Herat, in the northwest near the borders with Turkmenistan and Iran, was dotted with pizzerias when I was there in 2010. Young men in Mazar brazenly ignored strictures against drinking and eating during the daytime during Ramadan. I saw a couple making out in a park in Kabul.

The Taliban, or more precisely the neo-Taliban who have replaced them, are more moderate because they operate in a modernized environment.

Though they share their name and religious fundamentalism with their ascetic forebears who grew up in the madrassas lining Pakistan’s tribal areas, today’s neo-Taliban are sophisticated cynics, men more concerned with making money then enforcing sharia law. The Taliban burned poppy fields. The neo-Taliban profits from them. The Taliban first gained popular support in 1996 by killing kidnappers. The neo-Taliban runs checkpoints and ambush points where they seize victims and hold them for ransom. So while the world has just cause for concern about what happens next, we should understand that forthcoming evils will be new ones, not a simplistic replay of Taliban 1.0.

© AP Photo / Allauddin Khan
US Has 'Grave Doubts' About Taliban's Reliability, CENTCOM Chief Says Amid Biden's Troop Pullout Vow
In a country where every gunman is for hire, the regime installed by the United States in 2001 relies far more on funding than direct military defense. With more than $12 billion in aid pouring in from last year through 2024, the government led by Ashraf Ghani could easily outlive most expectations. Still, it’s not hard to imagine the U.S. and its Western allies losing interest and cutting the cash flow after 2025, opening a power vacuum that the Taliban—which either fully controls or vies for control of 67% of Afghan districts—would fill.

Concern that Afghanistan will return to the barbarism of the late 1990s and that Afghan women will suffer dramatic setbacks is misleading because, in the rural majority of the country, the politics and culture of the late 1990s never disappeared. Women never stopped wearing the burqa and continue to be stoned to death, most recently last year in Ghor Province. Young boys are routinely raped, a practice to which American troops were ordered to turn a blind eye. Were the Taliban to return to national power, life in most of Afghanistan wouldn’t change.

Nor would the more liberal cities be greatly affected. Afghanistan’s economy generates nearly $20 billion in annual GDP. An incoming national government run by the profit-oriented neo-Taliban would be hesitant to interfere with the engine of that economic activity, the big cities and the “ring road” highway network that connects them. We would probably see a crude version of the “one country two systems” form of governance that China uses in Hong Kong: girls schools and tolerance for personal freedoms in central Kabul, sharia law and grinding poverty out in the sticks.

© AP Photo / Rahmat Gul
Blinken: White House Working With Congress to Provide $300mln in Civilian Aid to Afghanistan
As demonstrated by their engagement in the Doha peace process overseen by the Trump Administration, the neo-Taliban want trade and formal diplomatic ties with other countries, something the Taliban could not obtain from 1996 to 2001, when they were totally isolated from the rest of the world. The need to maintain international connections would be a moderating influence, making worst-case scenarios like harboring extremist groups, ethnic cleansing and disintegration unlikely.

None of this is to say that Afghanistan will become a Central and South Asian paradise if and when the neo-Taliban come to power in Kabul. The corrupt and dogmatic neo-Taliban will likely function as an authoritarian narcostate with trappings of rough religiosity, like a hardscrabble Saudi Arabia that exports heroin. Afghanistan will present new challenges. But it will be mostly up to the people of Afghanistan—traumatized, energetic and influenced by 20 years of Western values—to address them.

(Ted Rall (Twitter: @tedrall), the political cartoonist, columnist and graphic novelist, is the author of the upcoming graphic novel about a journalist gone bad, “The Stringer.” Now available to order. You can support Ted’s hard-hitting political cartoons and columns and see his work first by sponsoring his work on Patreon.)

* A group outlawed in Russia and many other countries.